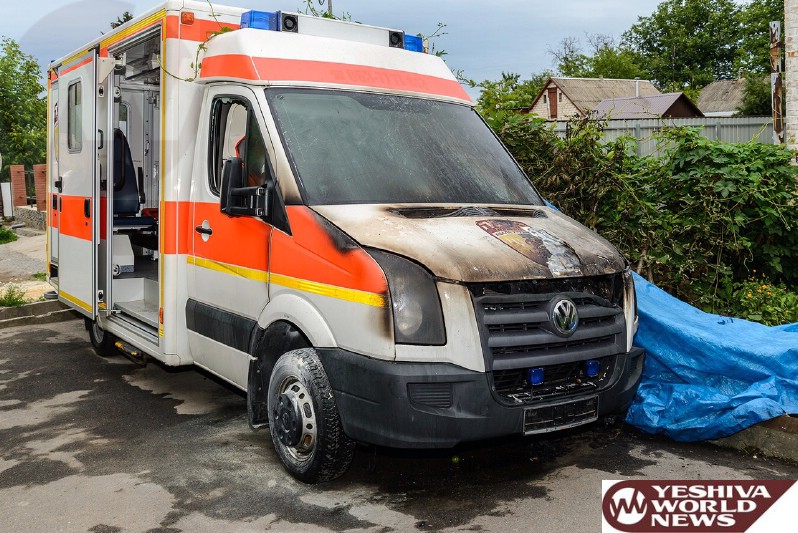 A Hatzalah Ukraine ambulance was targeted in an arson attack that occurred on Sunday, 11 Tammuz. The attack occurred during the nighttime hours, destroying the ambulance that has served the Jewish community for a number of years, including escorting visiting Jewish groups from Israel and around the world. Damage to the vehicle and the equipment is extensive. Local police report the preliminary findings point to a hate attack, an act of anti-Semitism with police explaining it is known the ambulance that was targeted serves the Jewish community.

Hatzalah Ukraine CEO R’ Hillel Cohen is worried after realizing what has occurred, the realization that the lifesaving vehicle is out of service. The vehicle plays a crucial role in accommodating Jewish visitors to the area year round, not to mention the tens of thousands who come to Uman in Tishrei.

Hatzalah Ukraine officials have turned to local officials through the heads of the Ukraine Jewish Committee and Euro-Asian Jewish Congress. Officials involved in the decision-making process are weighing options but it appears that they are already looking in the direction of buying two new ambulances to serve the area. 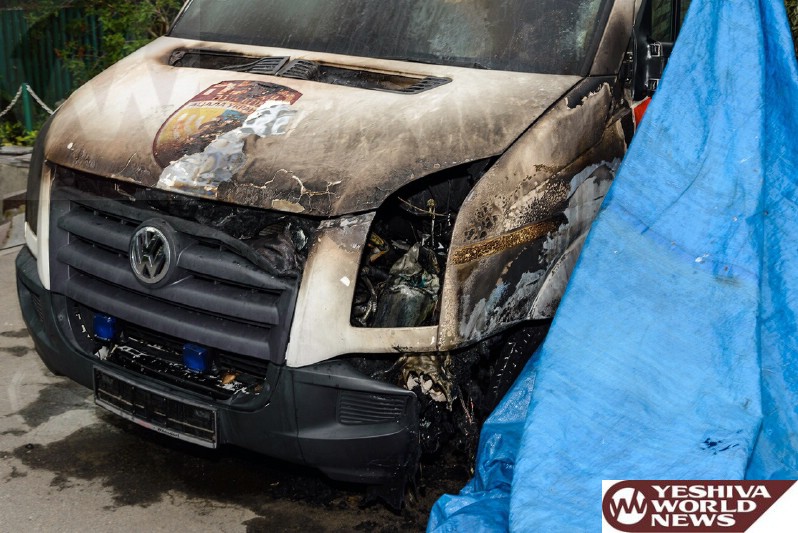