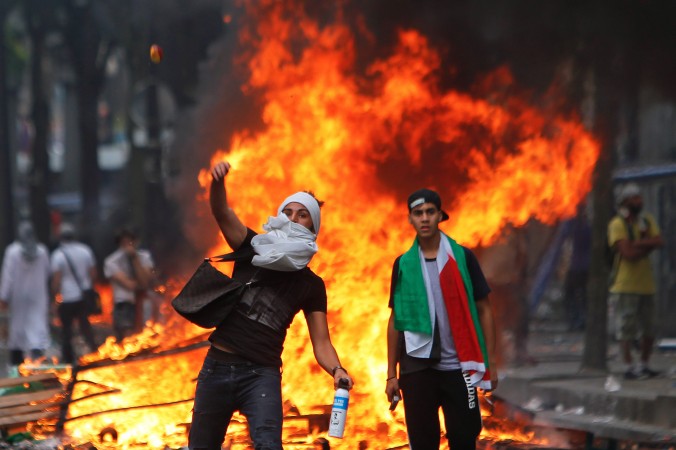 52% of Germans would support their country imposing a sea blockade on a threatening neighboring country, but only 30% support Israel’s right to do so.

The poll comes as another flotilla of European ships tried to challenge Israel’s naval blockade on Gaza, echoing previous attempts which saw Israeli soldiers stabbed and thrown overboard when they boarded the Mavi Marmara ship in 2010.

The poll also found that 44% of Germans oppose the Israeli blockade of Gaza, 17% strongly oppose it.

30% of Germans believe that humanitarian aid should be allowed into Gaza without inspection and supervision by Israel or any other monitoring body.

Only 13% support Israel’s right to monitor the entry of humanitarian aid into Gaza.

But when Germans were asked the same questions regarding a hypothetical situation in which a neighboring country was taken over by a terrorist organization who began firing missiles on Berlin and other parts of Germany, 52% of those polled supported a naval blockade.

“It appears that Germans feel there is one rule for them and another for Israel when it comes to national security concerns. This is a bizarre discrepancy to say the least,” commented EIPA founder Rabbi Menachem Margolin.

“It is clear that there are significant gaps in what Germans perceive as their own moral and security rights compared to how they view Israel’s. We gave the German public a hypothetical situation which exactly mirrored what is happening in Israel today. Alarmingly they chose to unambiguously protect themselves whilst not affording Israel the same right,” Margolin said.

He stressed that “at EIPA we work vigorously to expose the European public to the realities of daily life for Israeli citizens within the context of the Israeli Palestinian conflict,” adding that “based on these findings, we need to do much more.”

The survey was carried out in the middle of June via a web panel of 1991 adults. The figures have been weighted and are representative of all German adults (aged 18+).