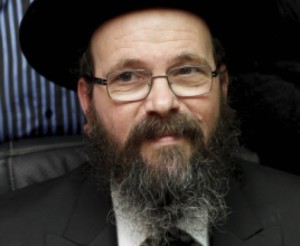 Rabbi Levy stated in his opinion most dati leumi rabbonim are not experts in giyur, and this is in part due to the machlokes on stringent and lenient giyur. He added that among the rabbonim who were granted authority to perform conversions by authority of the liberal giyur voted in by the previous administration are rabbonim who believe one may convert a minor despite the fact the minor’s mothers is not converting. He added these rabbonim were planning to convert thousands of such youths for they feel by doing so assimilation will be avoided. Rabbi Levy explained this leniency is not accepted by most poskim and it is not accepted by the Chief Rabbinate of Israel. He rejects any effort to establish a rabbinical body that operates based on leniencies, stating according to the overwhelming number of poskim, converting a minor whose mother and father are not converting results in a giyur that is not binding and not accepted.

He warns such a situation would result in good Jews who travel the world would meet young women and no one will stop them from bringing home to Israel, having them convert and then getting married. He warns there will be no barriers in place to stop this and catastrophe will follow.

Rabbi Levy feels that rabbonim waging a war against the Chief Rabbinate of Israel in the hope of saving Jewry are having the exact opposite effect. “They claim the Rabbinate if full of chareidim who seek chumros for giyur. This is baseless. The battle is over an attempt to breach the walls of Halachic giyur”.