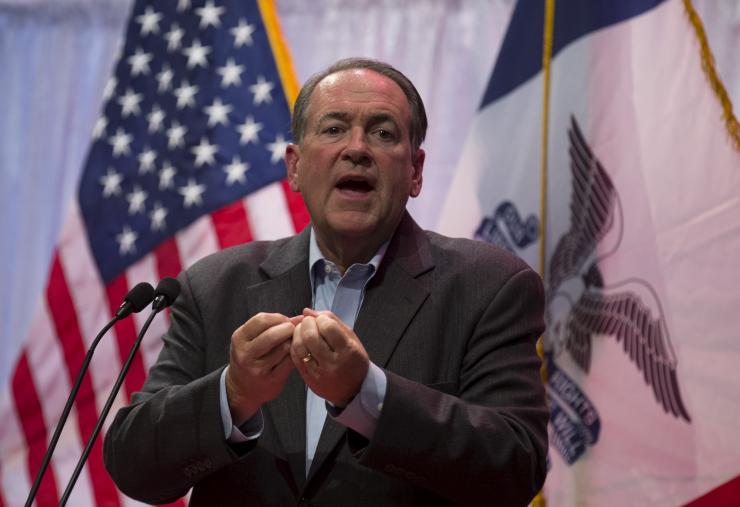 GOP presidential candidate Mike Huckabee is sticking with his controversial criticism of the Iran nuclear deal as “marching the Israelis to the door of the oven,” a reference to the Holocaust.

The former Arkansas governor made the tweet Sunday, a day after first making the comparison when denouncing President Barack Obama for his role in the agreement reached by the United States and other world powers.

But a Huckabee spokeswoman said Sunday his comments reflect a longstanding position that “the Iran deal is a bad deal, bad for America and bad for Israel.” Huckabee’s tweet called on Congress to reject the nuclear deal.

“This president’s foreign policy is the most feckless in American history,” Huckabee said in an interview with Breitbart News broadcast on Sirius/XM radio Saturday. “He’s so naive he would trust the Iranians and he would take the Israelis and basically march them to the door of the oven.”

Huckabee said that “this Iran deal should be rejected by both Democrats and Republicans.”

“We forget Iranians have never kept a deal in 36 years under the ayatollah. There’s no reason to think they will suddenly start doing it.”

Huckabee said of the deal: “I read the entire thing. We gave away the whole farm. It’s got to be stopped.”