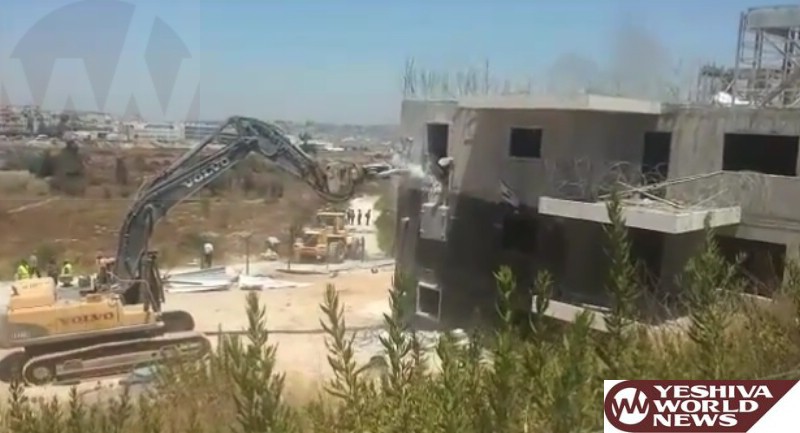 Following the Supreme Court ruling earlier today, Wednesday, 13 Menachem Av, the demolition of Beit Dreinoff in the Shomron local municipality has begun. The ruling announced by the court was a last effort by the government to prevent implementation of the court’s ruling, that the complex must be razed by 31 July 2015 after the court ruled the neighborhood was built illegally, on Arab-owned land.

The last day in Beit El has been a somber one that included numerous rounds of confrontation between youths and police. A number of arrests were made and those detainees are being arraigned today. They are represented by attorneys from the Honenu organization. After the court on Wednesday announced the demolition must be carried out, Bayit Yehudi party leader Minister Naftali Bennett lamented the ruling, but stated there must not be violence in response to the ruling.

It is reported that following the court ruling, Prime Minister Binyamin Netanyahu gave approval for constructing 300 units in Beit El. It is added that the prime minister already promised to build 300 housing units when the Ulpana neighborhood in that community was demolished in 2012, also in compliance with a High Court ruling. Those 300 units were never built. 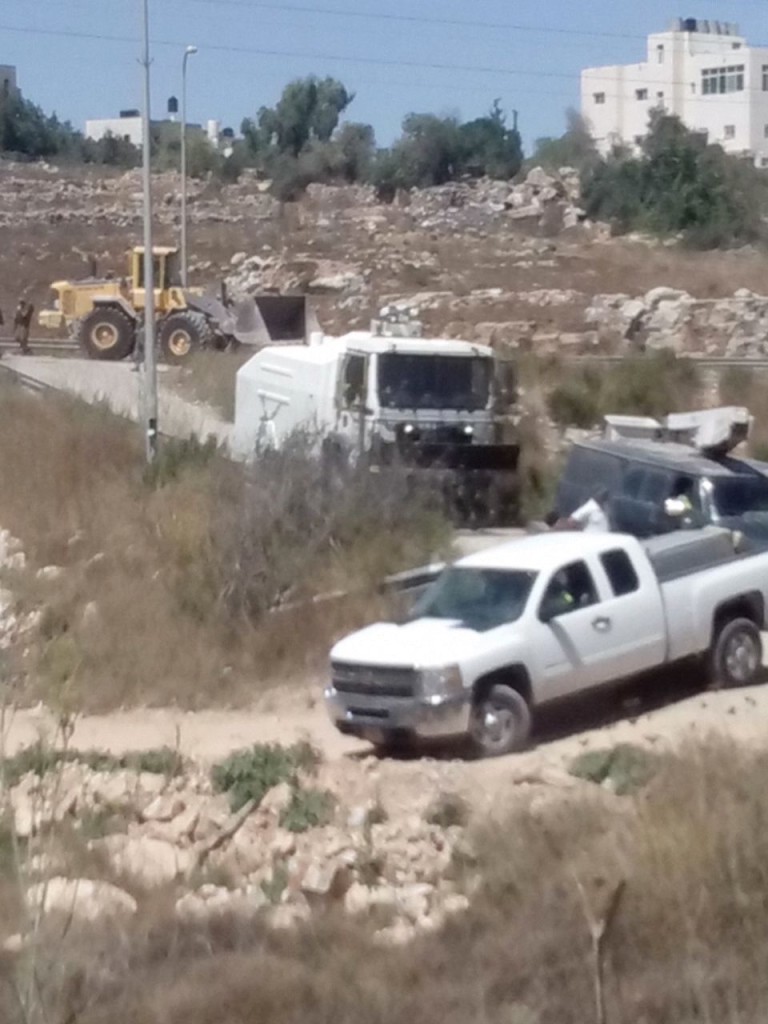 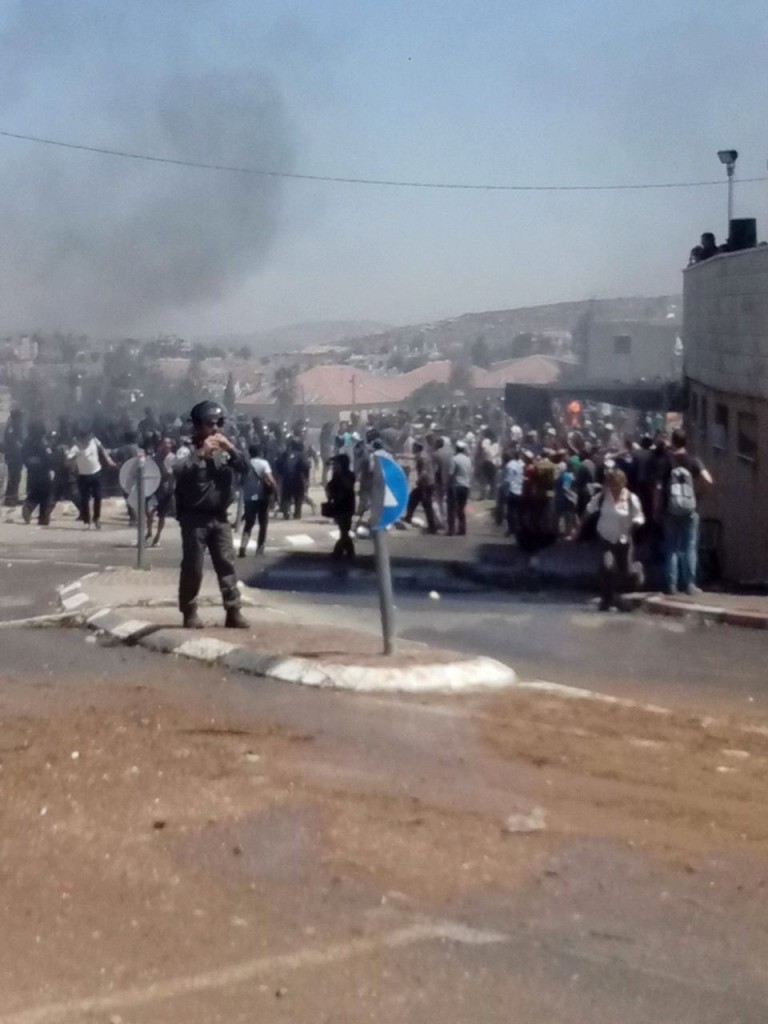 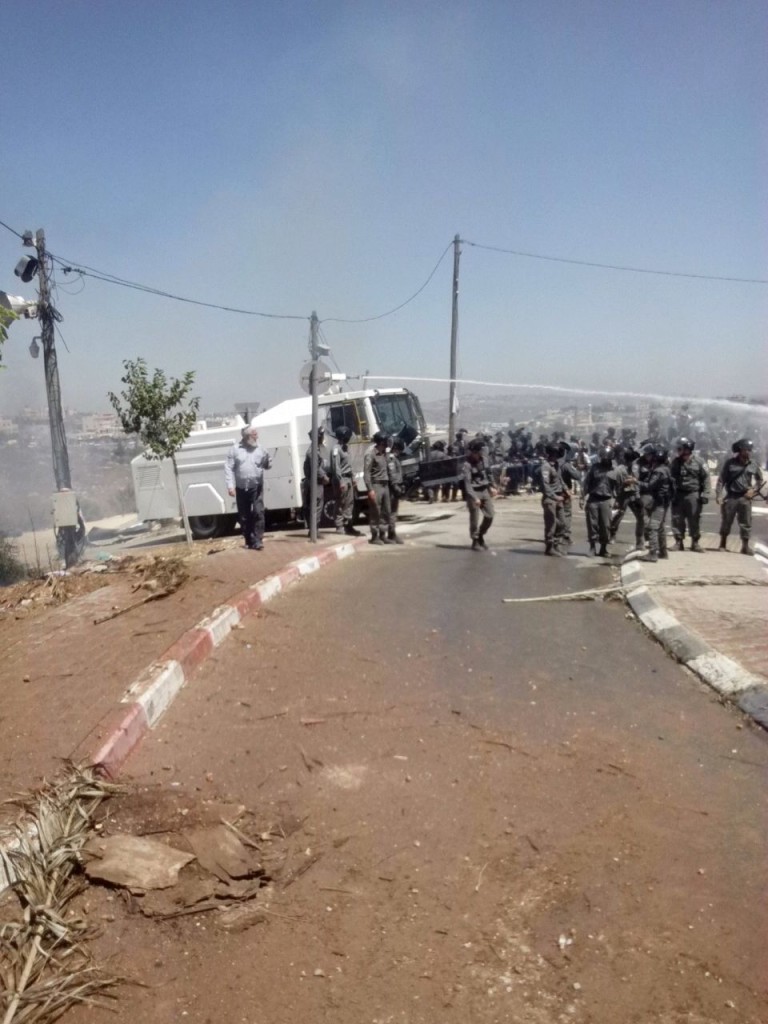 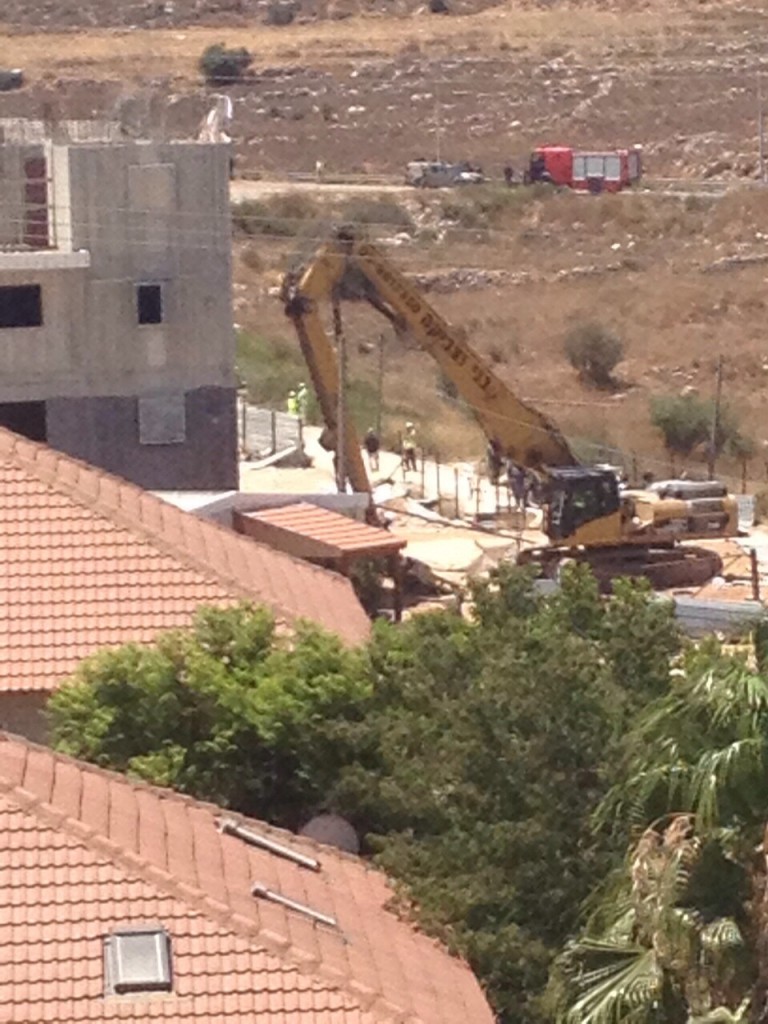