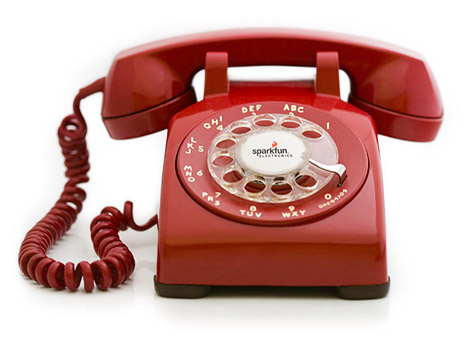 The owners of Israeli ‘nayis’ news lines, which have grown immeasurably in the chareidi community, were turned away by the Supreme Court on Monday, 18 Menachem Av, seeking to reverse a decision by the Communications Ministry that would effectively shut them down.

After consulting with clients, the attorneys representing the nayis lines withdrew their petition since the court indicated their case would be rejected.

The way nayis lines operate in Israel, the operator of the service makes a profit from the cellular telephone provider, not from phone subscribers. The cellular telephone reform that was implemented by then Communications Minister Moshe Kahlon in the 18th Knesset changed the reality for the nais line operators. The reform brought an end to subscribers paying for talk time as well as the charges to subscribers for ‘crossing over’ from one cellular provider to another. The subscriber paid for talk time and cross-over fees and the money was divided among cellular providers and this was the source of profit for the nais lines.

Since all of this came to a change in 2012, a new reality exists today and while subscribers are not charged for connecting to another provider, there is still a fee when a conversation goes from one company system to another, and the data phone line providers, nayis lines, use this as the basis for their profit today. Today most of the nais providers use the smallest cellular companies they can find, thereby ensuring most incoming calls are rerouted from another cellular provider and thereby incurring charges, which generate their profit.

As a result of the decision, the nayis lines will have to become ‘premium lines’, or simply stated, use the ‘1-900’ prefix which signals one pays handsomely for being online with the number. In addition to becoming prohibitively expensive, the 1-900 lines are far easier to block on kosher phones than the existing nayis numbers, an unwanted reality for nais phone service owners. This will also end the days in which nayis owners ran ‘campaigns’ in which thousands or tens of thousands of phones were reached since doing so as a premium line is a violation of the penal code.

A number of months ago a decision was made by the Communications Ministry permitting premium lines to operate at a regular rate and some of the funds generated by the ‘cross over’ from one provider to another would go to the nayis operators. In the final decision, the data service lines providing nais and similar information to callers without charging premium rates were to close on February 15, 2015 but petitions to the High Court by some of the operators delayed implementation of the decision. The court issued a temporary injunction barring the closure of the lines until a final ruling was made months later, which is 18 Menachem Av.

Now the nais line owners withdrew the petition amid the realization the court was not going to rule in their favor. On 2 Elul (August 17th), the new reality will exist and while some nayis services will undoubtedly move to 1-900 premium option, most are likely to shut down since they will be too costly for he many who benefit from the information today.