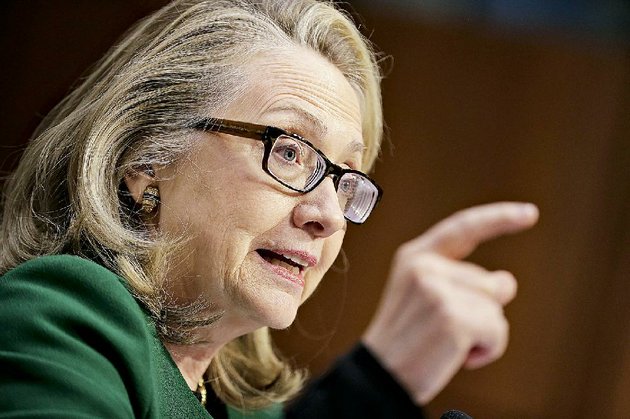 Two aides to former Secretary of State Hillary Rodham Clinton have agreed not to delete any work-related documents following an order from a federal judge that they preserve the records, according to their lawyers.

The pledges from Huma Abedin and Cheryl Mills are contained in court documents submitted by the State Department as a part of a public records lawsuit brought by the conservative group Judicial Watch.

That lawsuit sought records related to Clinton’s tenure as secretary of state, including documents about the work of Abedin, Clinton’s deputy chief of staff at the time.

U.S. District Judge Emmet Sullivan last week ordered Abedin and Mills to preserve their emails and records, which their lawyers say they have agreed to do.

The back-and-forth — in the same week that Clinton provided the Justice Department her private email server — suggests that trusted Clinton aides may also face scrutiny over emails and records in their possession.

In addition, Clinton’s lawyer, David Kendall, confirmed in a letter dated Wednesday that he last week voluntarily gave the Justice Department a thumb drive, along with two copies, containing roughly 30,000 emails from Clinton’s tenure. Her presidential campaign made that acknowledgment on Tuesday as part of what it said was an effort to cooperate with a federal inquiry into the security of Clinton’s email setup.

A lawyer for Platte River Networks, a Colorado-based technology services company that began managing the Clinton server in 2013, said the firm voluntarily provided the server to the FBI on Wednesday.

“This was a voluntary turnover, and it was done without subpoena,” said Barbara Wells, a Denver attorney, adding that she had been told that the company was not under investigation.

She said what the FBI wants to do with the server “is up to them. They have promised to maintain its security.”

Clinton said in March she had exchanged about 60,000 emails during her four years in the Obama administration, about half of which were personal and deleted. She turned over the others to the State Department, which is reviewing and releasing them on a monthly basis.

Last month, the inspector general of the intelligence community raised concerns that classified information had traversed the email server and referred the matter to the Justice Department. The referral did not allege any criminal wrongdoing, and Kendall, her attorney, has said federal authorities simply want assurances that the emails continue to be properly stored.

In an email to campaign supporters on Wednesday, aides sought to dismiss the email matter as nothing more than politics.

“Look, this kind of nonsense comes with the territory of running for president. We know it, Hillary knows it, and we expect it to continue from now until Election Day,” campaign communications director Jennifer Palmieri wrote.