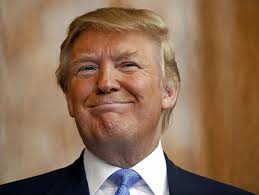 More than any other Republican candidate for president, Donald Trump has won his party’s trust on top issues and now stands as the clear leader in the race for the Republican nomination. A new CNN/ORC poll finds Trump with the support of 24% of Republican registered voters. His nearest competitor, Jeb Bush, stands 11 points behind at 13%. Just behind Bush, Ben Carson has 9%, Marco Rubio and Scott Walker 8%, Rand Paul 6%, Ted Cruz, Carly Fiorina and John Kasich all land at 5%, with Mike Huckabee rounding out the top 10 at 4%.

Trump is the biggest gainer in the poll, up 6 points since July according to the first nationwide CNN/ORC poll since the top candidates debated in Cleveland on August 6. Carson gained 5 points and Fiorina 4 points. Trump has also boosted his favorability numbers among Republicans: 58% have a favorable view of Trump now; that figure stood at 50% in the July survey.