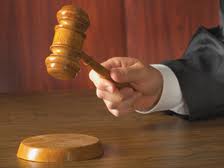 On the morning of Sunday 8 Elul interrogators from the Central Unit of Shai (Shomron-Yehuda) Police demanded that the court return two released minors to remand, on the grounds that they arrived late to a police interrogation to which they were summoned. The two minors had been interrogated by the ISA (Israel Security Agency – Shin Bet) on suspicion of involvement with an incident of arson and released to house arrest during the week of Sunday, 1 Elul.

Since then they have been summoned to interrogations every day at the offices of the Central Unit of Shai Police located in the E1 complex adjacent to Maale Adumim. The location in which the minors are staying under house arrest is an approximately two-hour trip from the offices. On Friday, 6 Elul they arrived late for the interrogation. In response the interrogators summoned them to a deliberation at the Petah Tikva Magistrate Court on the morning of Sunday, 8 Elul.

Honenu attorney Uri Keinan, who is representing both minors, was very surprised to hear that the police demanded that the minors be returned to remand because they were late for an interrogation.

During the course of the deliberation Keinan claimed that it was an extraordinary demand which should not be accepted: It is not logical to return minors to remand only because they were late for an interrogation. Judge Nachum Sternlicht accepted Keinan’s opinion, rejected the police demand, but nonetheless ordered an extension of the minors’ house arrest until Wednesday, 11 Elul.

Honenu attorney Uri Keinan, who is representing the two minors, stated in response that, “Despite the attempt by the police to order that the minors be put into remand for a second time, the court rejected the demand and ordered their release.”