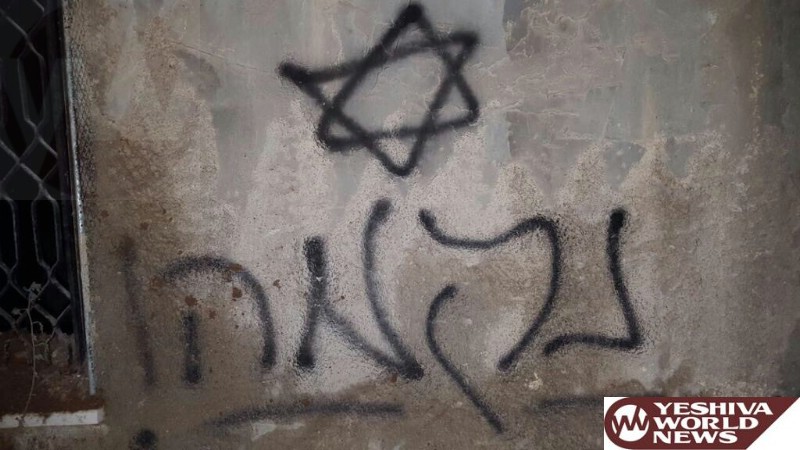 It is reported on Monday 9 Elul that the Duma village home in the Shechem district of Manur Rashid Darawshe was destroyed in a blaze. The blaze erupted at approximately 05:45 in the morning. The home belongs to Manur Rashid, who is a brother of Saeed Rashid, the victim of an arson attack in that PA (Palestinian Authority) village a number of weeks ago.

Police announced that they are not ruling out the possibility that the fatal blaze last month was carried out by Arabs, but the government, Israel Police and the ISA (Israel Security Agency – Shin Bet) have been operating on the premise the blaze was a so-called ‘price tag’ arson attack carried out by Jews. That blaze led to a new government policy and the administrative arrest, detention or restrictions on the movement of over a dozen Jews. In the latest fire the family members escaped the blaze with minor injuries. A few family members had to be treated for smoke inhalation.

This time around villagers are not pointing a finger of blame at “settlers” as there is no graffiti at the scene. Some reports state the blaze was the cause of an electrical short circuit but there are also reports the blaze was set intentionally as part of an ongoing feud in the village, signaling this was the cause of the first blaze too. It must be pointed out that at the time of this report there is no forensic data linking the two fires. PA police were operating on the scene of the latest blaze during the morning hours on Sunday.

In the first blaze, a 12-month-old boy was killed and his parents sustained serious burns. The father, Saeed Darawshe, 31, died in the hospital and the mother/wife continues to recuperate in an Israeli hospital.