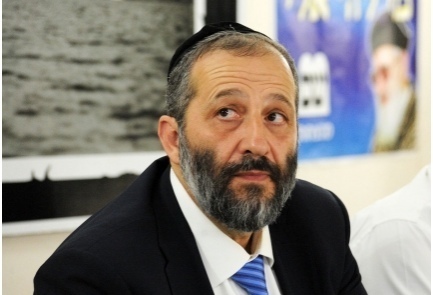 On Sunday, 8 Elul, Minister of the Economy Aryeh Deri sent harsh letters to Transportation Minister Yisrael Katz and Prime Minister Binyamin Netanyahu to decry the chilul Shabbos that took place in the clearing of rubble from Maariv Bridge, which was detonated in a controlled explosion on erev Shabbos as part of the new Tel Aviv light rail construction project.

On Monday 9 Elul it was learned there was chilul Shabbos in another national project, the expansion of the Jerusalem-Tel Aviv Highway. The contractor was summoned for an official hearing to explain his actions and to remind him that he is compelled to adhere to state law and the terms of the contact. The chilul Shabbos was revealed by Ladaat News, which quotes area residents who gave testimony to the chilul Shabbos this past week, parshas Shoftim.

The 16.5 kilometer expansion project is a multi-year project that is expected to be completed in 2017. It includes the addition of a third lane in both directions along with widening the shoulders, carrying a budget of NIS 2.350 million. Five different contractors were signed on, each assigned a specific area. In this case, the chilul Shabbos was carried out by the Netiv Yisrael Company. According to Netiv officials’ a subcontractor was responsible for the chilul Shabbos, without its knowledge. Netiv officials told Ladaat they remain committed to stopping work on Shabbos as the company has done in the past.