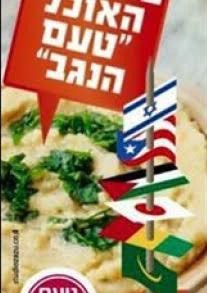 Ofakim City Hall officials have come under fire for a flyer for the city’s international food fair, which displays a number of national flags, also displays the PLO flag. City Hall has issued a formal apology for the advertisement, which angered and offended many, appearing on the city’s Facebook page.