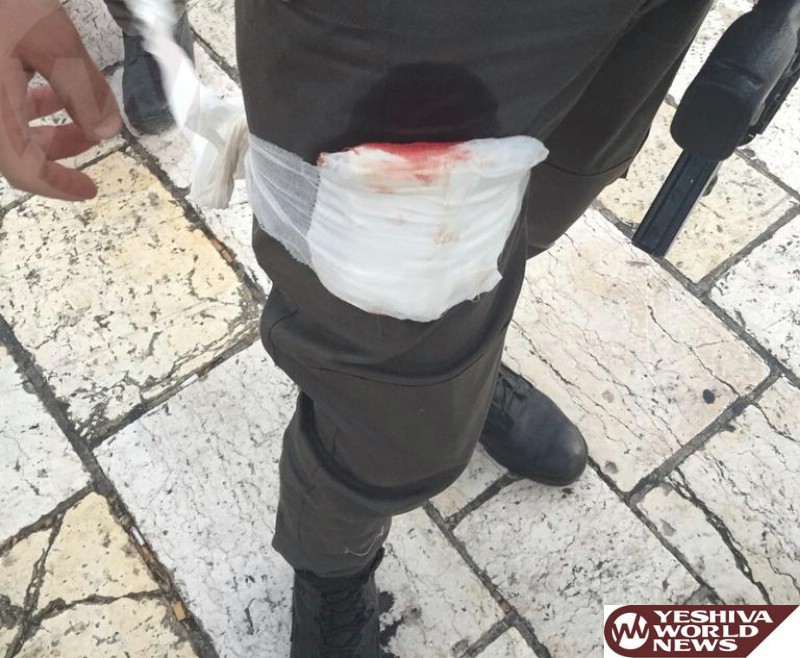 A border policeman was lightly wounded in a stabbing attack at the Shar Shechem entrance to Jerusalem’s Old City on Wednesday evening 11 Elul. A 56-year-old resident of the PA (Palestinian Authority) in Hebron, inside Green Line Israel illegally, was taken into custody. He was arrested in Israel in the past, back in 2013 when charged with attempted murder for trying to stab a Jew. He was among the many terrorists released by the previous administration in the third ‘good will’ prisoner release to PA Chairman Abu Mazen.

Police believe the suspect left his home on Wednesday planning to carry out another stabbing attack. He purchased an axe and a knife and made his way to the Old City. Close to 19:00 he saw a border police patrol near Shar Shechem and when the two soldiers neared the stairs outside, he came up and attacked them from behind while waving his axe. B’chasdei Hashem he missed the policeman’s head and the axe flew from his hand. The border policemen immediately understood what was taking place and responded without hesitation, restraining the suspect and taking him into custody. One of the officers was stabbed lightly during the struggle.

The wounded policeman was transported to Hadassah Mt. Scopus Hospital.

The Jerusalem Magistrate Court on Thursday morning complied with a police request to place a gag order on the investigation into the attack.