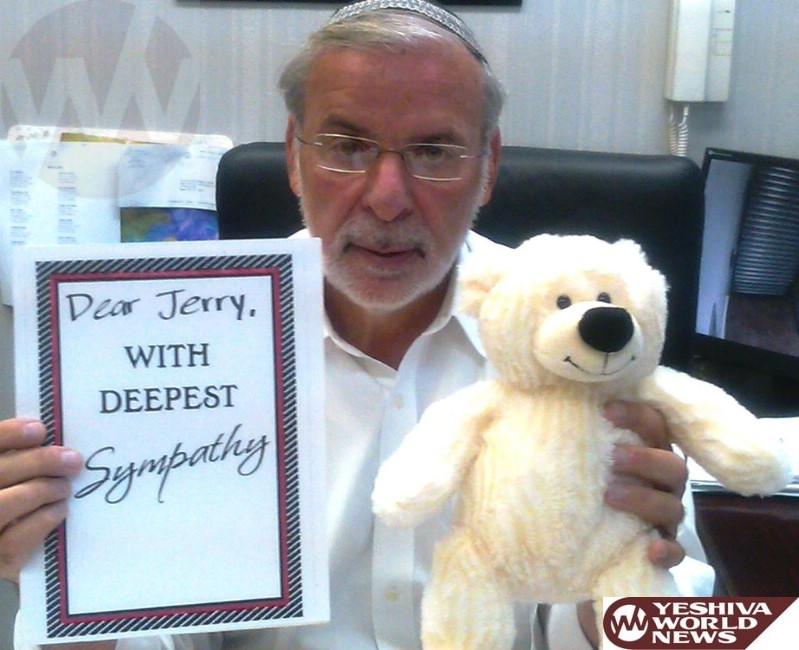 In light of Congressman Nadler’s reaction to being stunned and hurt by criticism of his support for the Iran deal, Assemblyman Dov Hikind (D-NY), whose district overlaps with Nadler, has sent him a card and stuffed teddy bear to express his sympathies. In a Facebook post, Hikind wrote:

“Congressman Nadler has taken a position on the Iran deal, one to which most of our community is opposed, and is now surprised that people are angry? Nadler tells reporters that it bothers him that people have said, ‘You betrayed us’ and that, ‘of course it hurts. It’s emotional.’”

“Jerry, you’re hurting? We’re hurting because of what you did. And now you whine to the ADL, who releases a statement condemning vicious Internet commentators. People have been writing nasty things about me since I was first elected. When you take a position of such consequence, stand by your position. Stop whining, Jerry.”

“I in no way condone anti-Semitic or racist comments on social media. But our community has the right to express outrage over the decisions of our elected representatives. The President set the tone for this hateful rhetoric with nefarious characterizations coming from the administration and various surrogates that depict opposition to the agreement in overt anti-Semitic tones. When the President says that those opposing the deal are ‘lobbyists’ that are ‘backed by tens of millions of dollars in advertising’ and the same people who argued for the war in Iraq, there can be no mistaking what this means.”

“I remain hopeful that Congressman Nadler will change his mind.”