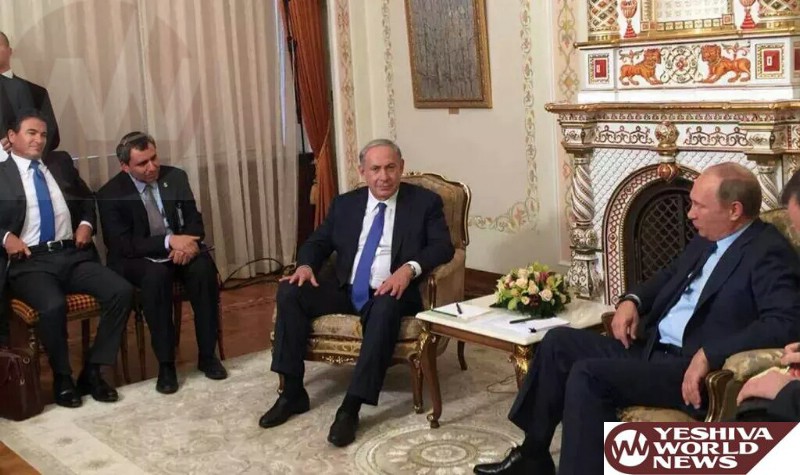 Prime Minister Binyamin Netanyahu, who is visiting Moscow and official visit, met on Monday, 8 Tishrei with Russian President Vladimir Putin. Following are the remarks released by the two leaders to the media prior to their meeting.

“I thank you Mr. President for your greetings and I also congratulate Russia on its day of celebration. I greatly appreciate the opportunity to speak to you. Israel and Russia share a common interest to ensure stability in the Middle East. And I am here because of the security situation which is becoming ever more complex on our northern border. As you know, in recent years, and particularly in recent months, Iran and Syria have been arming the extremist Islamic terrorist organization Hizbullah with advanced weapons, aimed at us, and over the years thousands of rockets and missiles have been fired against our cities. At the same time, Iran, under the auspices of the Syrian army, is attempting to build a second terrorist front against us from the Golan Heights.

Our policy is to prevent these weapons transfers, and to prevent the creation of a terrorist front and attacks on us from the Golan Heights. Under these circumstances, I thought it was very important that I come here, also to clarify our policies, and to make sure that there is no misunderstanding between our forces. And I must say something else, both from a personal standpoint and from a national one – in all of the relations between us, whether I agreed and also when we differed, our discourse has always been conducted with mutual respect and openness. I am certain that it will be this time as well.” 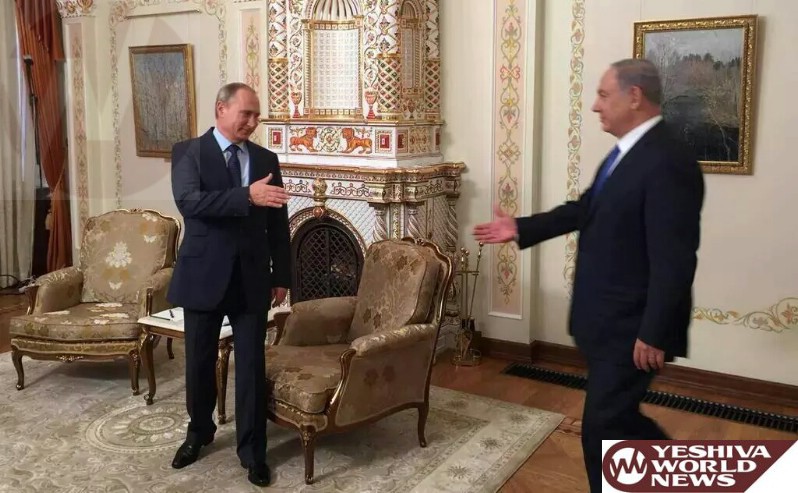 “And so it will be Prime Minister. Let there be no doubt about this. We have never forgotten that in the State of Israel live very many emigres from the former USSR. This has a special effect on our bilateral relations. All of Russia’s actions in the region will always be very responsible. We are aware of the shelling against Israel and we condemn all such shelling. I know that these shellings are carried out by internal elements. In regard to Syria, we know that the Syrian army is in a situation such that it is incapable of opening a new front. Our main goal is to defend the Syrian state. However, I understand your concern and I am very pleased that you have come here to discuss all issues in detail.”