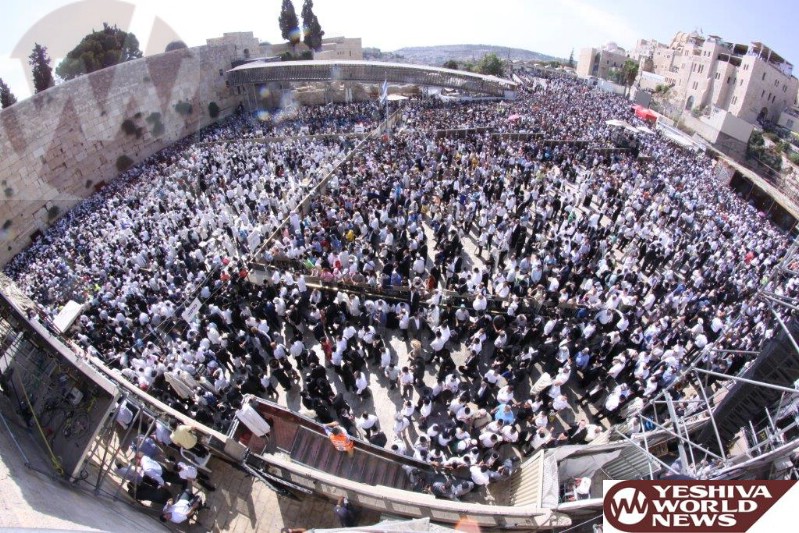 It is reported on Wednesday afternoon 24 Tishrei that statements attributed to HaGaon HaRav Chaim Kanievsky Shlita and the Gerre Rebbe Shlita pertaining to not visiting the Kosel are inaccurate.

It is now reported that Rav Kanievsky stated that one may visit the Kosel but one should take the route that has more security, not an isolated or unprotected route.

While this is the entire clarification, one might extrapolate the Gadol Hador feels one should go via Shar Yaffo (Jaffa Gate) and not Shar Shechem, which compels one to walk through the Arab shuk.

Regarding statements attributed to the Gerrer Rebbe Shlita, Health Minister Yaakov Litzman is quoted on Wednesday explaining the Rebbe never said what was attributed to him. He did not add any information.

In the interim, Rishon L’Tzion Rabbi Yitzchak Yosef Shlita continues calling on Klal Yisrael to come and be mispallel at the Kosel.