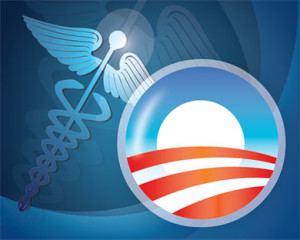 The government’s health insurance website is getting long-awaited upgrades that should help consumers find out whether their doctors and medications are covered, and get a better estimate of costs.

Detailed in an internal document, the customer-friendly changes to HealthCare.gov are still being tested. With the start of 2016 open enrollment season approaching, the Obama administration expects that some 10 million Americans still uninsured but eligible for coverage will be a tougher sell.

The changes involve HealthCare.gov’s window-shopping feature, a popular part of the website that allows consumers to browse for taxpayer-subsidized health insurance plans. They’re detailed in a Sept. 29 slide presentation from the Centers for Medicare & Medicaid Services provided to The Associated Press.

If final testing doesn’t uncover problems, the new e-commerce tools could take some of the uncertainty out of picking a health plan when sign-up season starts Nov. 1. Many consumers have found the process overwhelming.

(Tip: The system may not be perfect when they flip the switch. Call doctors and insurers to verify provider and hospital listings. And make sure to enter the correct name of any medications. For example, if it’s a generic drug, enter the generic name.)

The revamped website will also have a feature that helps people get a rough estimate of expected total costs. It takes into account not only premiums, but cost-sharing for services like office visits, and the deductible — the amount that consumers must pay each year before their insurance kicks in.

According to the slide presentation, the cost comparison tool works by first asking consumers a set of questions. Their answers help determine which type of plan would be best for their unique situation.

HealthCare.gov offers several levels of coverage, but experts say most consumers look just at the premiums. However, a person with a chronic illness who requires regular follow-up by a doctor might be better off paying a higher monthly premium for a plan with lower out-of-pocket costs.

“It’s very difficult for people to choose the plan that would be best for them if they go only on what HealthCare.gov has given them up to now,” said Robert Krughoff, president of Consumers’ Checkbook, a service that evaluates health plans for federal employees and is working with several state insurance websites.

The National Health Council, an umbrella group of patient organizations and industry, says an upgrade is overdue.

“It seems like they are trying to make it more like the intended goal of the website — an Expedia.com or Kayak.com of health care shopping,” said Eric Gascho, a vice president of the group.

The Obama administration had no comment on the upgrade.

Window shopping is standard for e-commerce, but when HealthCare.gov first went live in 2013 that feature had a serious flaw. Most websites allow customers to shop anonymously, requiring them to set up accounts only if they’re going to buy. But HealthCare.gov worked the other way around initially, funneling prospective shoppers to a balky accounts-creation page. That contributed to a massive crash that personally embarrassed a tech-savvy President Barack Obama.

After quick repairs, the federal website has kept evolving. This year it was the online gateway for consumers in 37 states. About 10 million people are getting subsidized private coverage through federal and state markets created by Obama’s health care law. Along with a Medicaid expansion now accepted by a majority of states and an improving economy, it’s helped bring the number of uninsured people down to historically low levels — about 9 percent of the population.

Still, the Obama administration is not quite ready to take a bow. Health and Human Services Secretary Sylvia M. Burwell says about 10.5 million uninsured people are eligible for coverage through HealthCare.gov and state markets, and they will be harder to sign up. The most eager customers have already enrolled, and many of the remaining uninsured are young adults who may not see the value of coverage or are juggling tight household budgets.

That would make consumer-friendly upgrades to HealthCare.gov all the more important.