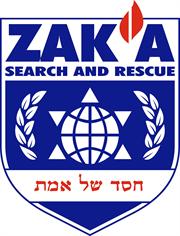 The Israeli Foreign Ministry said that the body of an 80-year-old woman who had been dead for 11 days was found in luggage at Ben-Gurion Airport on Tuesday morning.

Esti Zizuva had asked in her will to be buried in Israel so the family, not knowing about needing to coordinate with Israeli authorities, sent her to Israel from Moscow in a cardboard box, wrapped in plastic, with no accompanying documentation.

Representatives of ZAKA retrieved the body and found the woman’s relatives within a few hours.

Upon the completion of the appropriate paperwork, Zizuva will be buried in Ashdod.

The ZAKA spokesman said that this is not the first time something like this has happened. Two years ago a man who thought the formal process was too costly bought a regular plane ticket and put his dead mother in a suitcase.

“In the past, body parts were even sent by mail for burial,” ZAKA founder Yehuda Meshi Zahav said. “In most cases the families are innocent and just want to transfer [the bodies] to Israel for burial.”