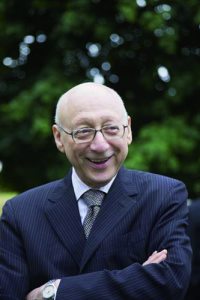 A British Labour MP, Sir Gerald Kaufman, is accusing Israel of fabricating recent knife attacks in an address at the Palestine Return Centre event in the British Parliament on Tuesday, 14 Cheshvan. Kaufman added the Conservative Party is influenced by “Jewish money” and that the British government is becoming increasingly pro-Israel.

In his address attended by several tens of people, Kaufman, a veteran politician and Father of the House of Commons, explained the reason Israel fabricates the knife attacks it to “Execute Palestinians”. He cited over one-half of the reported stabbing attacks never took place.

Seeking to gain support for his comments, he added that Israel is not only killing Palestinians, but Eritreans too, citing the mistaken identity case during the recent Beersheva central bus station attack.