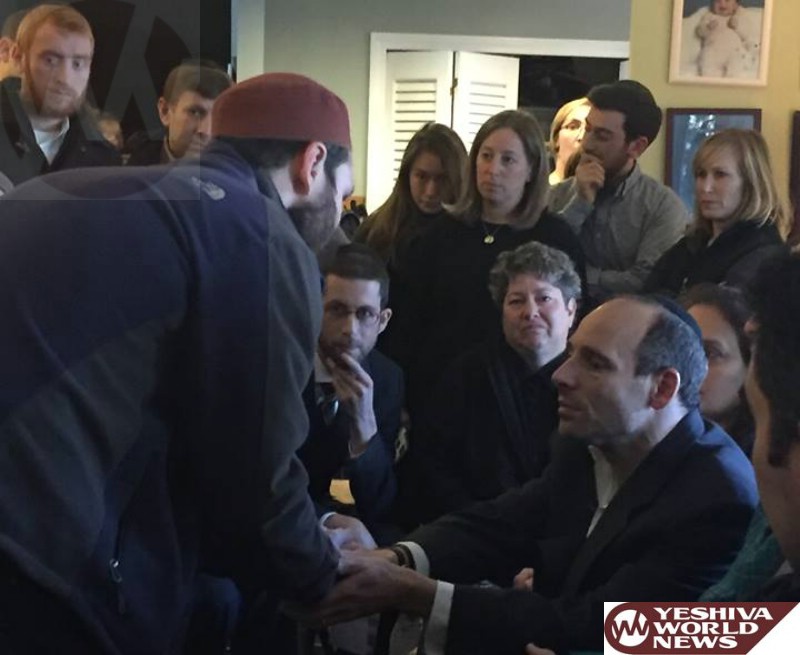 The leader of the Muslim community in Sharon, Massachusetts, Imam Abdul Rahman Ahmad payed a shiva visit yesterday to the family of Ezra Schwartz.

Also, this past Friday, as seen HERE the Imam reached out to the town’s Jews, expressing “great sadness” in the wake of the terror attack in Israel. “It was with great sadness that I learned last night that Ezra Schwartz of Sharon had his life brutally cut short in Israel yesterday,” Ahmad wrote in the letter, sent Friday to Joseph Meszler, the rabbi of Sharon’s Temple Sinai.

“The Islamic community at Sharon has always categorically condemned such violent acts based on our firm belief that Islam enjoins us to be a people who bring peace and harmony to the world,” he added.

In his letter, the iman offered to “serve as a resource and ally for you during this trying time,” and expressed hope that “this terrible incident will be a catalyst for bringing our communities together, rather than pulling us apart.

“Your families will be in my and my family’s hearts, and in our prayers,” he concluded, before signing the letter with a Hebrew condolence traditionally uttered by visitors to Jewish houses of mourning.