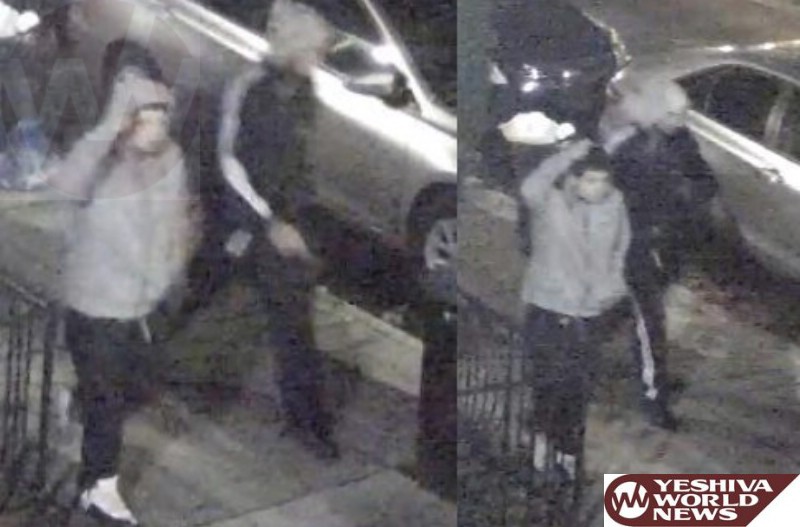 The New York City Police Department is asking for the public’s assistance in identifying two suspects wanted for robbery that occurred within the confines of the 66th Precinct. Details are as follows:

On Monday, December 28, 2015 at 12:48AM, a 55 year-old male victim was walking in front of 809 Avenue M when two male suspects approached him from behind. One of the suspects punched the suspect on the head, knocked him down and continued to punch and kick the victim. Both suspects went through the victim’s pockets and removed his wallet containing credit cards before fleeing on Avenue M toward Ocean Parkway. The victim was treated and released at Maimonides Hospital for scratches and contusions to head, knees and hands.

The suspects are described as light complexioned males with thin builds and wearing hooded sweatshirts.

Surveillance videos of the suspects are attached.

Anyone with information in regards to this incident is asked to call the NYPD’s Crime Stoppers Hotline at 800-577-TIPS.

The public can also submit their tips by logging onto the Crime Stoppers Website at WWW.NYPDCRIMESTOPPERS.COM or texting their tips to 274637(CRIMES) then enter TIP577. All calls are kept strictly confidential.