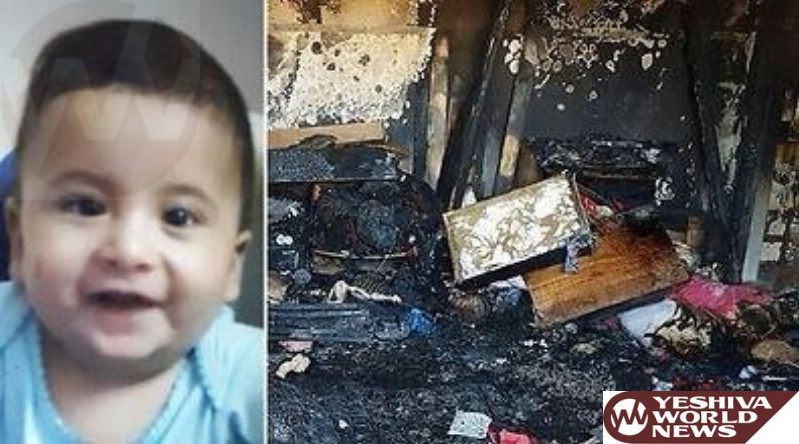 On Wednesday morning, 18 Teves, the prosecution will announce his primary case against two of the suspects in the ongoing Duma arson investigation. A third suspect, who was also arrested about a month ago, was released to a 10-day house arrest over police objections as the court felt the prosecution lacks sufficient evidence to tie him to the Duma case.

In addition, following the ‘hate wedding’, the Ashbel couple, arrested and now being questioned by both Shai Police and the ISA (Israel Security Agency – Shin Bet), face charges of mishandling a weapon and related charges. Four suspects face charges of incitement as well.

Among those in custody is an IDF soldier whose weapon was passed around to the guests, who danced with it, as the chosson himself is seen in the video with an automatic weapon in his hands. Police announce all of those who are documented in photos and video dancing with guns and the photo with a knife through it of the Arab boy Ali will be questioned.

Petach Tikvah resident Daniel Finer, who was documented with a gun in his hands, told interrogators the weapon was a toy. His attorney, Itamar Ben-Givir arranged an urgent hearing to obtain his release based on the fact the weapon was not real but Justice Joya Sakfa Shapira denied the request and ordered him to remain in jail until Thursday as the investigation continues.

The court did however reject a petition regarding another minor who was arrested from the wedding. He is represented by Honenu attorney Rivka Schwartz.

“We have yet to hear of see the police arrest anyone from the Arab sector for partying with weapons, which they at times fire” Ben-Givir told the court, adding the act of waving the photo with the knife of Ali was “foolish” but now, the ISA is trying to use that photo to gain maximum points against the suspects.

Responding to the report, the ISA explains it is cracking down on organized Jewish terror, and those behind the heinous attack which was perpetrated for ideological extremist reasons…”

Following this report, a number of other suspects arrested for their actions at the ‘hate chasenah’ have been ordered release.