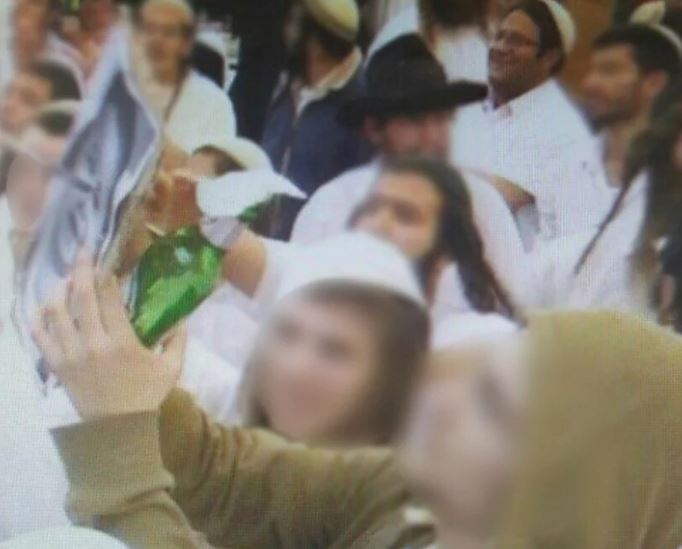 Israeli police say they have arrested four suspects who appeared in a video of a wedding at which Hilltp Youths can be seen dancing while waving automatic weapons and pistols which were also given to children to dance, and with a photo of Ali, the Arab child killed in the Duma arson attack with a knife through the photo.

The video, aired by Channel 10 last week, shows a rowdy crowd of Yarmulka-wearing youths brandishing rifles and dancing to music with lyrics calling for revenge. Some appear to be stabbing photos of Ali Dawabshe, who died when

The Chosson told Channel 10 he did not see his guests defiling photographs of Dawabsheh.

“I didn’t even see it. At my wedding I was in the clouds, not on the ground at all,” Ashbel told Channel 10 television last week. He called the footage “shocking,” but insisted that “there were about 600 people at my wedding, and this wasn’t something I agreed to. There were a million people. I don’t control what happens at my wedding. I’m just the groom; I didn’t even pay for the photographer or the singer.”