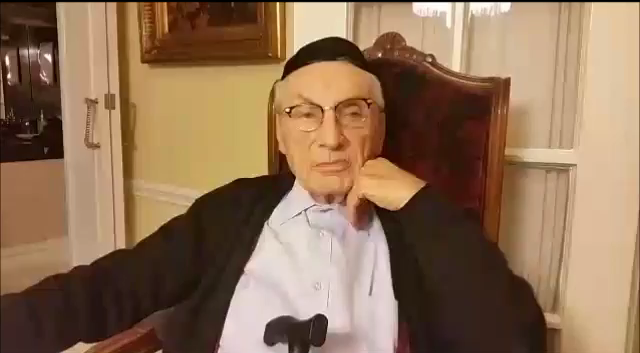 YWN spoke with many Holocaust survivors about the recent controversy caused after a video of Rabbi Yosef Mizrachi went viral where he stated that the number of Jews murdered in the Holocaust was closer to 1 million.

YWN published an op-ed last Thursday calling on the Rabbi to apologize for his outrageous remarks.

On Sunday, Rabbi Mizrachi issued an apology to YWN via email.

One well-known survivor, Dr. Moshe Katz, agreed to go on camera and deliver a message to Rabbi Mizrachi.

Dr. Katz was also one of the founding members of several Yeshivos and schools including Yeshiva of Southshore, Yeshivas Sh’or Yoshiv, Yeshiva Darchei Torah, and Torah Academy for Girls. He is both a pillar of the Torah community as well as a pillar of the survivors of the holocaust. Below is his reaction to the unfortunate misinformation regarding the holocaust that was promoted by Rabbi Mizrachi.