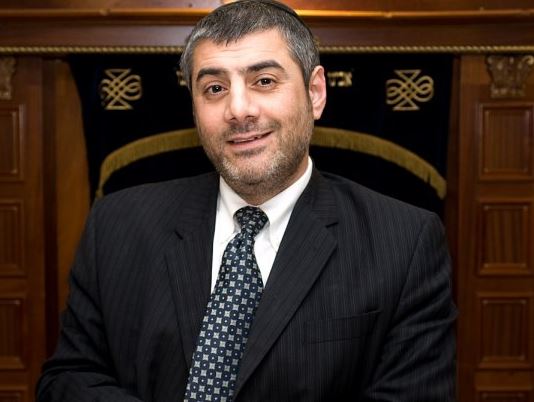 A well-known Kiruv Rabbi and and lecturer based in the United States recently made an outrageous claim that only one million Jews died in the Holocaust. Rabbi Yosef Mizrachi, whose popular lectures draw large crowds, says the other 5 million people murdered were intermarried and not Jewish.

In a video published on his YouTube channel on Tuesday, Mizrahi stated, “This is how it was in Europe, 80 percent of the Jewish people were assimilated and intermarried with non-Jews many generations before the Holocaust.”

Watch the full video below.

Rabbi Yosef Mizrachi was born in 1968. He was raised in Israel and in 1986 at the age of 18, he was drafted into the Israeli Military (IDF) where he served in the Israeli Air Force. After his release from the military, he left for New York City where he was involved in the Financial banking District.

In 1994, Rabbi Mizrachi decided to dedicate his life to the awareness of Judaism among secular Jews. It was in that year that he began coordinating lectures & seminars among Israelis in the New York – New Jersey area. In 1997 he left the financial district and began full time learning and teaching in a Yeshiva in Monsey, New York.

In 2002, Rabbi Mizrachi, along with Yuval Ovadia, a former HBO director, produced an impressive film called ‘Divine Information’. This successful video was duplicated and distributed to more than 200,000 people. During the day, for years Rabbi Mizrachi was teaching Gemara in Yeshivat Ohr Yisrael in Monsey but today due to the increasing kiruv work that he is involved with, he dedicates all his time to the public.

As of 2011, Rabbi Mizrachi has spoken in over 4000 lectures worldwide as well as participated in many weekend seminars, radio shows and other Hebrew and English events in which he enriches the knowledge and awareness of Judaism among thousands of Jews who are lacking in Jewish awareness.

In 2004 he started his website, http://Divineinformation.com/ that has over 700 lectures of videos and audio with viewers from more than 50 countries around the world.