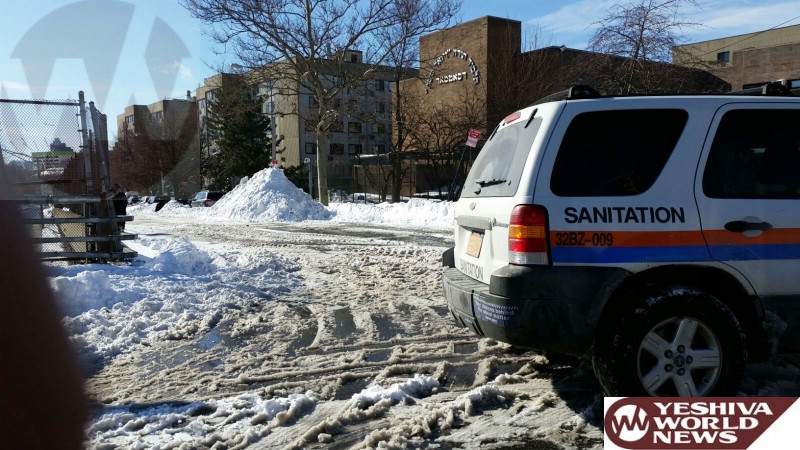 YWN received many emails from outraged residents, which all stated the same: The job done by the city was unacceptable. Furthermore, residents placed the blame on a Community Board which apparently didn’t place as much effort into their job, as did other Community Boards.

Residents were understandably accepting of the fact that the storm was very big, and that it takes time to plow so many streets, but when comparing it to other neighborhoods, it was very surprising.

For example in the Community Board 12 area which covers the Boro Park Jewish community, residents were raving about the incredible snow removal work done by the Department of Sanitation. As YWN reported on Friday, CB12 Chair Yidel Perlstein and CB District Manager Barry Spitzer met with Sanitation Officials ahead of the storm and mapped out a good plan that proved to be effective.

A similar plan was done in the Midwood / Flatbush area, as Community Board 14 District Manager Shawn Campbell worked through the night to ensure that the snow removal went smoothly, and effectively.

When residents woke up on Sunday morning, CB12 and CB14 areas were clear and passable, while many streets in (CB1) Williamsburg were covered in mountains of snow.

One Williamsburg resident told YWN that the issue is that there is no leadership representing the Jewish community whatsoever. The community is unfortunately splintered into various factions, and sadly, when real work needs to get done, the entire community suffers.

“It’s all about press releases and who can claim credit first”, he said.

“It’s time we get our act together and be united like Boro Park. Putting differences aside, and having solid leadership is the only solution to making sure issues like this never ever happen again”.

Finally at around 3:00PM on Sunday afternoon, Sanitation officials came down to the area and met with some leadership to asses the situation.

Another reader emailed: “We need to hold our politicians and elected officials responsible for this disaster, and make sure this never happens again”. 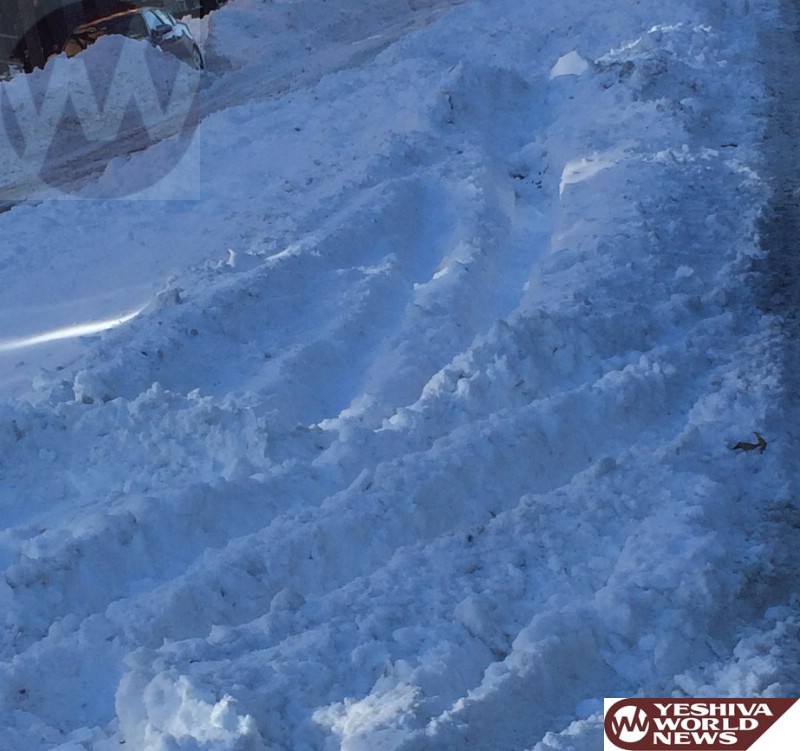 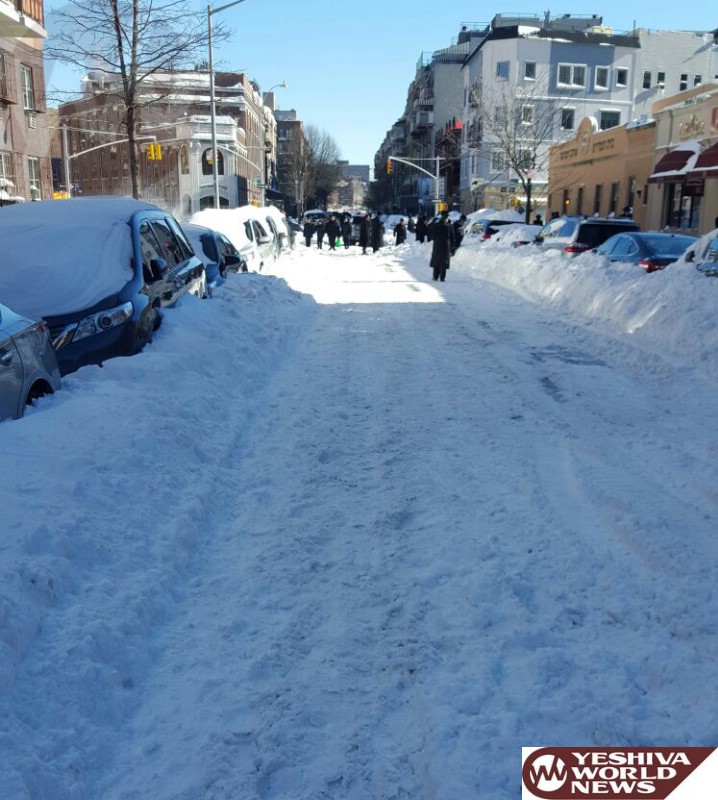 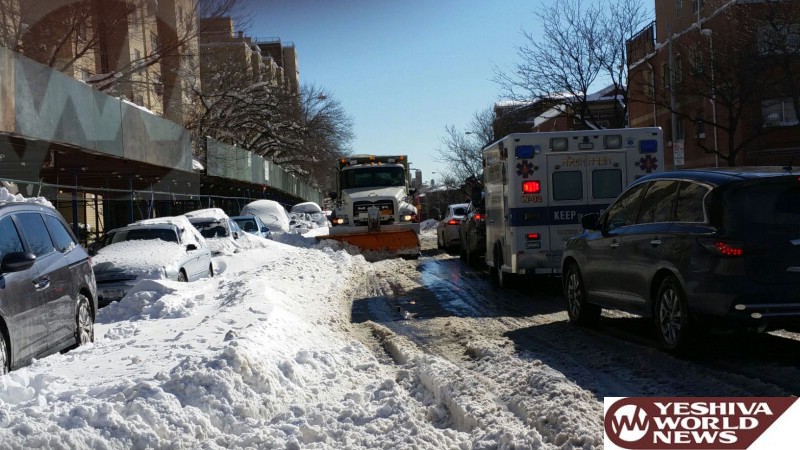 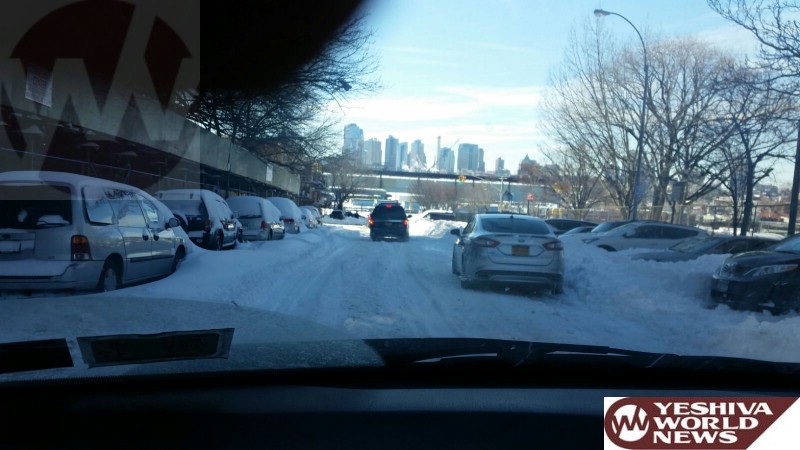 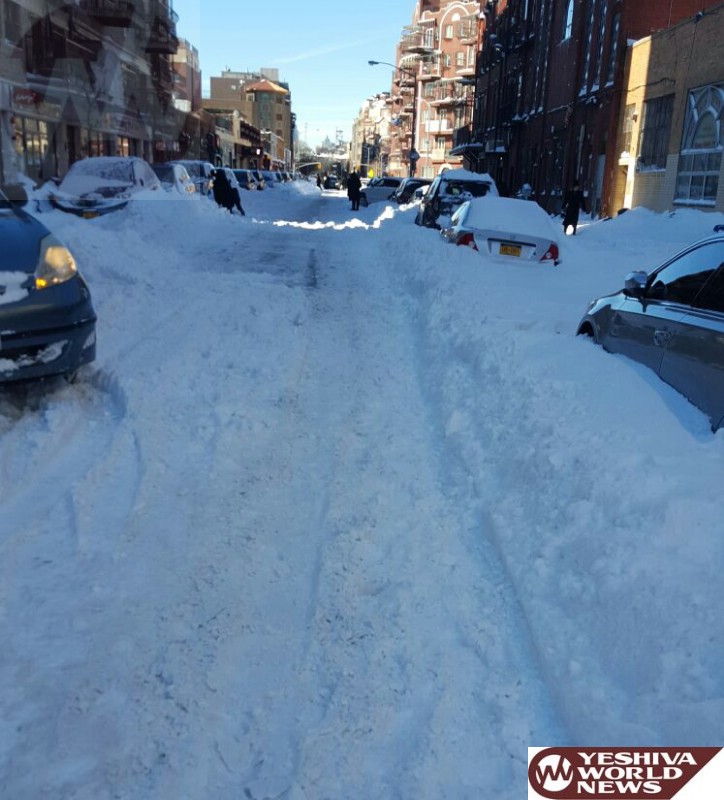