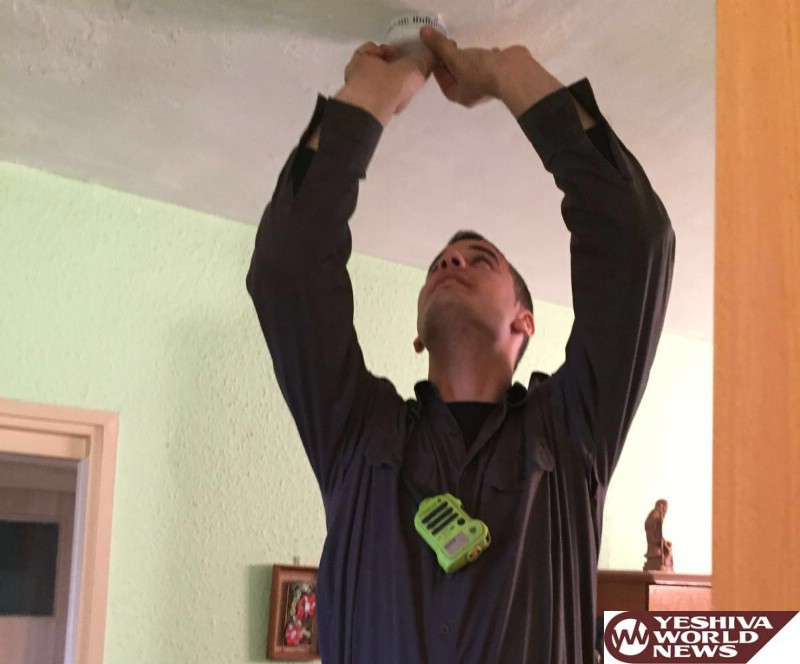 Beginning on Monday, 29 Shevat, the Jerusalem Fire Service began distributing smoke detectors to large families, the elderly and Holocaust survivors in the city.

The distribution is now being conducted as a pilot program in the Kiryat Yovel and Kiryat Menachem neighborhoods of the city. It is part of a nationwide effort by the fire service in which over 3,000 detectors are being distributed and installed.

The funds to cover the cost of the project were donated by Rabbi Yechiel Eckstein and the International Fellowship of Christians and Jews which he runs in conjunction with the Fire Prevention Unit of Israel’s Fire & Rescue Service.