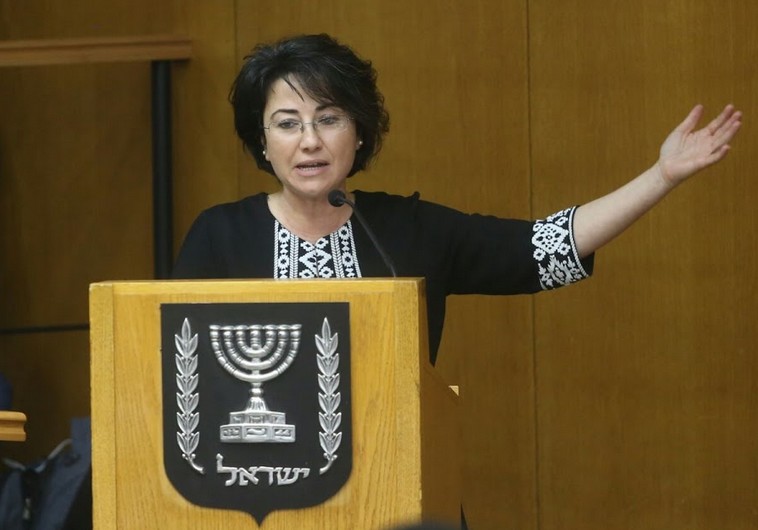 While most believe Arab MK Hanin Zoabi got off too easy, being sentenced to six-months’ probation for her conviction on insulting a public servant, she decried the court’s ruling during an interview with a Hamas-affiliated newspaper. As reported by YWN-ISRAEL, the Nazareth Magistrate Court sentenced her to probation and fined her NIS 3,000.

Zoabi, who has been a staunch representative in Knesset on behalf of Hamas and other terror organizations, makes no apologies for her agenda, which includes the destruction of the State of Israel. She took part in the Marvi Marmara flotilla which tried to break the Israeli marine embargo on Gaza, compared IDF soldiers to Nazis and is constantly working against the interest of the state. In her last act she and some of her Arab colleagues in Knesset met with families of slain Arab terrorists. They explained they were simply comforting the families, who yearn to receive the bodies of their loved ones for burial but Israel has not yet handed the bodies over. During their meeting Zoabi and the others observed a minute of silence in memory of the fallen terrorists. She has since been sanctioned by the Knesset Ethics Committee but still enjoys her Knesset status, salary, perks and parliamentary immunity.

In the interview with the Palestine newspaper, Zoabi vowed the probation sentence meted out to her will in no way stop her ongoing efforts against “ongoing Israeli oppression”, adding there is not precedent for a lawmaker receiving a four-month suspension from Knesset activities for insulting a public official.

She insists her parliamentary immunity covers her in the case of insulting police during a stormy protest and the fact that she was sentenced highlights the Israeli effort to censure her and her colleagues.