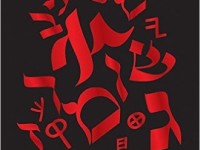 There is an author out there whose combined erudition in Torah research as well as secular research is quite formidable. This is readily apparent in the revised edition of Lashon HaKodesh: History, Holiness and Hebrew (Mosaica Press, 2015).

The book is true to our Mesorah, yet it finds a way to include the archaeological evidence behind various theories too. It has a chapter on the foreign influences on Hebrew (Sanhedrin, Apikores, are some examples). The chapters all have a useful chapter summary in the back, and have a number of excursions thoughtfully placed in sidebars throughout the work. Is Pinchas originally an Egyptian name? (Yes, it is). When the Gemorah describes that the Ashuris script was Ro’etz – what does it mean?

He discusses the three opinions of the Torah’s original script. He discusses Aramaic extensively as well and its relationship to Lashon HaKodesh.

Rabbi Klein learned in both the Mir Yeshiva in Jerusalem and Beth Medrash Govoha in Lakewood, NJ. He received Rabbinic ordination from several leading figures in Jerusalem, including Rabbi Moshe Sternbuch and Rabbi Zalman Nechemia Goldberg. He lives in Beitar Illit.

I have no doubt that anyone who reads this remarkable work will be be thoroughly taken with it. This author looks forward to further works by Rabbi Klein.