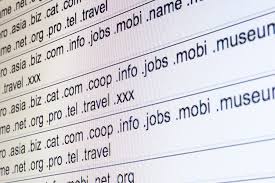 Every time you type “Google.com” into your browser, what you get is a search engine used by billions. What you don’t see? A complicated string of actions kicking into high gear behind the scenes, turning your URL into language that any computer or server in the world can understand and, ultimately, spit out as a Web page.

It’s this invisible process that underpins much of the internet, and the Web can’t function without it. Until now, the United States has technically been responsible for overseeing this system. But a slow process has been building in Washington to transfer stewardship of it to the rest of the world. And now, the government has taken another key step in that process.

Senior officials from the Commerce Department announced Thursday that they’ve approved a pending proposal aimed at offloading oversight of the internet’s name-and-address system to an international body made up of technologists, businesses, governments and public interest advocates.

It’s a move that’s filled with symbolism: Supporters say it reflects the fulfillment of a longstanding promise by the United States to keep the Web an open place where no single government, corporation or other entity can singlehandedly influence how the internet evolves. Opponents say it’s a risky bid to win goodwill abroad and lacks enough safeguards to prevent authoritarian regimes from seizing control of the California-based organization, known as ICANN, or the International Corporation for Assigned Names and Numbers.

ICANN is the international nonprofit that today does everything from managing the list of generic top-level domains such as .com – and approving new ones such as .app – to developing policies on how the internet should function. It was created in 1998 to perform many of the day-to-day tasks of “running” the internet, after a decision by the Commerce Department to begin outsourcing those responsibilities. The proposal greenlighted by the Commerce Department Thursday will effectively complete that process.

“It’d be like us being in the middle of the contract between you and your cellphone service,” Assistant Secretary of Communications and Information Larry Strickling said in an interview. “It’s not needed.”

With the U.S. government’s blessing, ICANN will now move ahead in implementing the plan – writing up contracts, updating its bylaws and making other preparations to formally replace the Commerce Department’s historical oversight role. ICANN is expected to report on its progress in August, but it’s unclear when the final handover may take place.

The uncertainty stems partly from opponents of the plan, who argue that it unreasonably gives other countries a greater say in Internet governance. Among them is Sen. Ted Cruz, R-Texas, the former presidential candidate, who on Wednesday introduced new legislation to thwart the Commerce Department.

“This issue threatens not only our personal liberties, but also our national security,” Cruz said. “We must act affirmatively to protect the internet and the amazing engine for economic growth and opportunity the internet has become.”

Cruz’s bill, which is supported by over a dozen conservative groups, would put the transition on hold until Congress passes new legislation explicitly authorizing the move.

Officials from ICANN and the office of the Commerce Department charged with approving the proposal – the National Telecommunications and Information Administration – have said the roadmap outlines checks and balances to prevent any one government from dictating decisions. And, they add, the diverse array of nongovernmental actors represented in ICANN make that global body a more suitable traffic cop than the United Nations or another organization that’s made up exclusively of state governments.

“Our organizations agree that the proposals to transition ICANN from U.S. government stewardship to a bottom-up, multistakeholder model . . . provide the internet with the best path forward for self governance,” said the Internet Association, Computer and Communications Industry Association, and the i2 Coalition, a trio of internet industry trade groups backing the move. “It is important that Congress not artificially slow down the transition.”

Under the proposal, changes to ICANN’s charter are expected to make it slightly easier for the group’s members to punish or remove directors from its board if they attempt to hijack the organization to pursue a particular government’s interests. The new rule is one of a seven-part safety net designed to ensure that the board does what the members collectively decide is in the Internet’s interest.

But some critics say the proposal doesn’t give individual ICANN members enough power, and that the Obama administration is rushing ahead.

“Unfortunately, the administration has viewed this transition as a cheap way to recover the global political credibility it lost because of the Snowden revelations and its own stubborn resistance to real surveillance reforms,” said Berin Szoka, president of the right-leaning advocacy group TechFreedom, in a statement Wednesday responding to Cruz’s bill.

Unless Cruz and other like-minded lawmakers are able to put a stop to the ICANN proposal, the transition is likely to move forward without much delay.

“At the end of the day, this whole system is built on trust and voluntary action,” Strickling said. “We’ve seen a number of countries now come over and support this, I think, partly because of the leadership of the United States in saying the internet really belongs to the stakeholder community.”