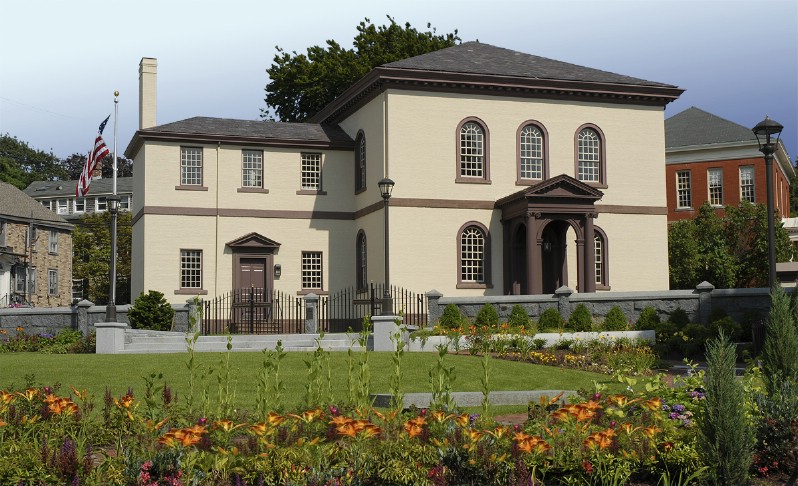 Congregation Shearith Israel, of New York, said in a filing that it would appeal to the 1st U.S. Circuit Court of Appeals in its fight over who controls the 250-year-old Touro Synagogue in Newport, Rhode Island, and who owns a set of ceremonial bells worth millions.

Last month, U.S. District Court Judge Jack McConnell in Providence ruled that the Newport congregation owned the bells — called rimonim — and should control its own destiny. He removed the New York congregation as trustee, a position it had maintained since the 1820s.

McConnell said he was guided by the legacy of the people who established the synagogue in 1763, which was to make Newport a permanent haven for public Jewish worship. He also said the New York’s congregation attempt to evict the Newport congregation had made it unfit to serve as trustee.

Congregation Shearith Israel on Tuesday issued a five-page statement about its plan to appeal. In it, it disputed McConnell’s findings.

“Shearith Israel’s goal has been and remains to ensure that the Touro Synagogue, including the precious rimonim, remains intact, available for the continued use of Jews as an active place of worship and the continuous benefit of all people of faith as well as all those touched by its rich and inspiring history,” the statement said.

A lawyer for the Newport congregation, Gary Naftalis, said the judge was “completely correct on the facts and the law.”

“There’s no merit to any appeal here,” Naftalis said.

In 1790, George Washington sent a letter to the Touro congregation pledging America’s commitment to religious liberty.

Disputes between the two congregations have been going on since the late 1800s. The latest one was sparked when Touro’s congregation sought to sell the rimonim — one of two sets of Colonial-era bells it owns — to the Museum of Fine Arts in Boston for $7.4 million over the objections of Shearith Israel leaders.

Women: This Career May Be Your Calling!