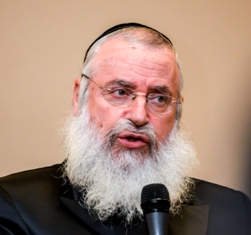 A dispute among investment partners has made its way to the Beis Din of HaGaon HaRav Asher Weiss Shlita, Darchei Torah. The beis din has issued an injunction whereby purchaser must not carry out transactions of buying apartments in the projects of the real estate companies, “Bayit Chadash LTD.” and “Har Nof Center LTD.” in Yerushalayim. These projects are in the Har Nof and Ramot neighborhoods of the capital. The machlokes according to a Kikar Shabbos News report involves NIS 100 million.

The report adds the matter was before a beis din in the past, and the latter awarded 56% to Eliezer Shover but it was rejected as he demanded he is entitled to 70%. Partner Daniel Grossbard feels he is not entitled to 50%, yet alone 56% or 70%. A portion of the dispute is also being adjudicated in the Jerusalem District Court.

Dayanim Rav Asher Weiss, HaGaon Rav Landman and HaGaon Rav Ovadia Yosef Toledano issued the injunction. This appears to leave the purchasers of apartments in a quandary regarding receipt of the keys to enter the apartments involved in the dispute. The experts explain if the matter is not resolved in the near future by the beis din it will have a profound impact on the owners and the Jerusalem housing market in general.