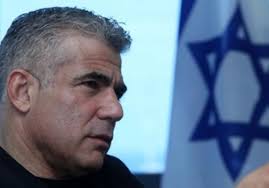 The Knesset Ethics Committee has levied a fine of NIS 6,000 against Yesh Atid party leader MK Yair Lapid after the latter failed to attend 32 Knesset sessions, surpassing the permitted number of absences, which is 24, by eight sessions.

In his response to the Ethic Committee’s decision, Lapid explained he views the task of defending the State of Israel in the international arena of vital importance, especially amid stepped-up activities by the BDS movement. As a result, he explains, he was invited to and spoke at many forums abroad and met with European Ministers and this explains his absence from so many sessions.

The Ethics Committee however, did not accept his explanation. “Political activities and travel for matters of public affairs in Israel and abroad in excess of that which is prescribed by law does not constitute a seasonable justification for the absence of an MK from house. First and foremost, one must remain committed to parliamentary Activity in Knesset, at the very least during the days the plenum is in session. The fine levied on Lapid is low considering the frequency of his absences”.

It is pointed out that MK (Arab Bloc) Talab Abu Arar was absent 26 times, two more than the permitted number, and was only censured, not fined.