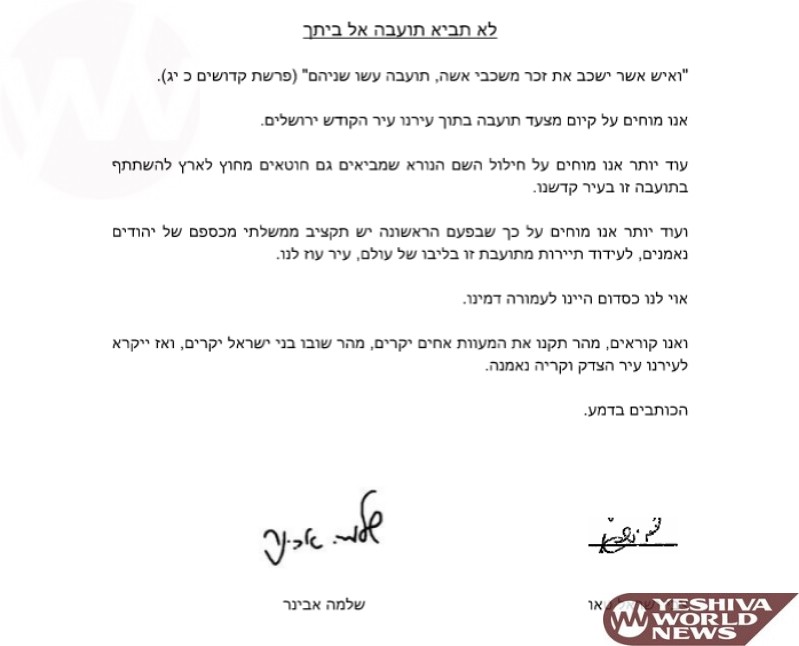 A day ahead of the toeiva parade in Jerusalem which is set for Thursday, 15 Tammuz, HaGaon HaRav Shlomo HaKohen Aviner Shlita and HaGaon HaRav Tzvi Tau Shlita have released a declaration expressing their pain over the event in the holy city.

The protest letter from the rabbonim is entitled “don’t bring toeiva into your home”, expressing their protest over the event and citing the profound Chilul Hashem associated with permitting the parade to take place in the holy city.

The rabbonim add that unlike past years, this year, for a first time, the parade enjoys funding from the government, “money collected from Jews to lend support to toeiva tourism in in the heart of the world…”