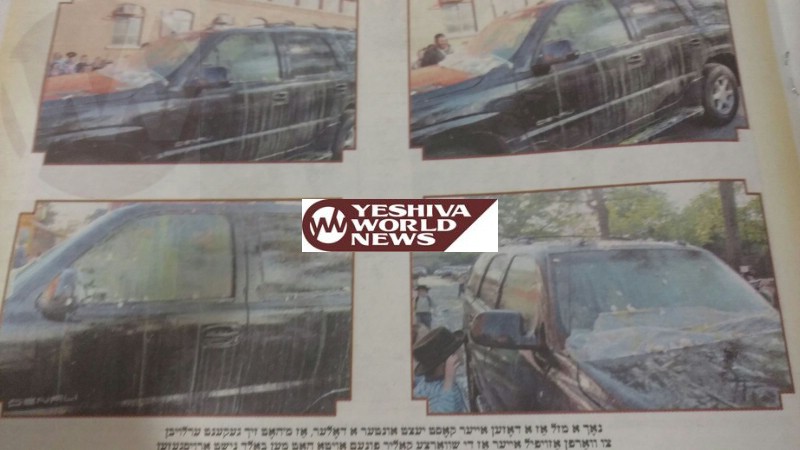 In the attached videos currently viral on social media, there are two clips combined.

The clips were taken in the past two weeks at two separate Satmar day camps.

The second part of the clip was taken at a camp affiliated with the Satamr Rebbe of Kiryas Yoel, HaRav Aharon Teitelbaum Shlita. In this camp activity, the young children are all given eggs and when the mock vehicle with the “Prime Minister of Israel” drives through the crowd, the children pelt the vehicle – covering it in eggs. Chants of “Bibi Netanyahu shame on you!” can be heard as the children cover the vehicle in eggs.

If that’s not disturbing enough, the egging incident was taken a step further.

Not only were the children thought to throw things at someone you disagree with, not to mention a moving vehicle, and not only was the blatant disregard for Baal Tashchis displayed on a mass scale – but the newspaper (Der Blatt) aligned with this Satmar faction proudly covered this story. (See attached photos)

If anyone wonders where the deep hatred comes from to yell Nazi at other Jews, to have the Chutzpah to call 100-year-old Mahigei Hador “reshoyim” and “lowlives”, it begins at age 5 and ends in violent Hafganos in Meah Shearim, where public property is destroyed, the lives of tens of thousands are inconvenienced and people are violently attacked. 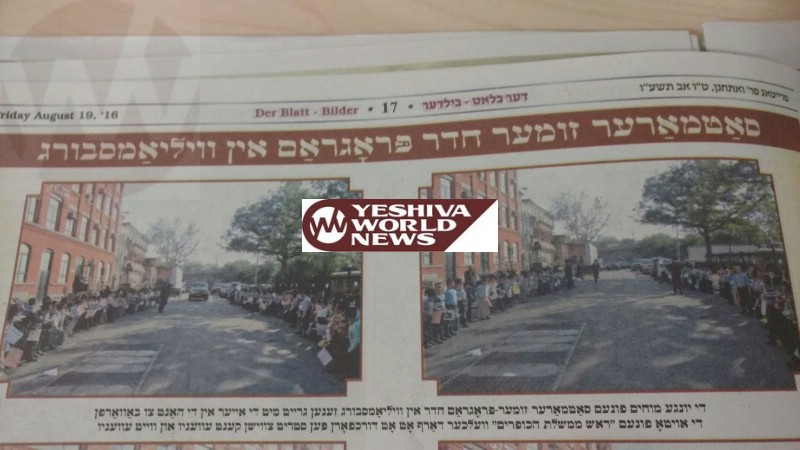