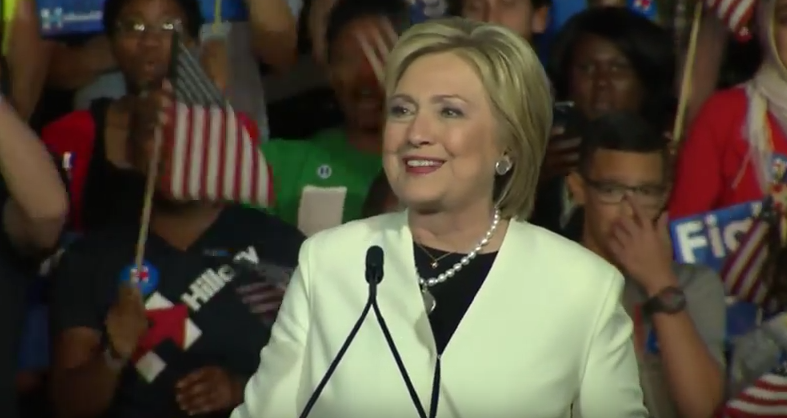 Hillary Clinton met or talked by phone with at least 154 people from private interests, such as corporations, during her time as secretary of the state. More than half those people had donated either personally or through companies or groups to the Clinton Foundation or pledged to donate to specific programs through the charity’s international arm.

—Joseph Duffey, who once worked for Laureate Education, a for-profit education system based in Baltimore, was one of 20 people at a higher education policy dinner with Clinton in August 2009. Weeks earlier, Clinton emailed her staff looking for Duffey’s phone number. Duffey, whom Bill Clinton appointed as director of the U.S. Information Agency, gave between $10,000 and $25,000 to the foundation in 2012. Laureate, which paid Bill Clinton more than $17 million as a consultant between 2010 and 2015, donated between $1 million and $5 million to the Clinton Foundation. Laureate also has seven commitments with the Clinton Global Initiative.

—Jeffrey Skoll, a Canadian engineer and technology investor who was the first president of internet auction site eBay. He cashed out with $2 billion in assets and used the money to finance his foundation, a technology investment firm and a Hollywood production company. The Skoll Foundation contributed between $100,000 and $250,000 to the Clinton Foundation and has partnered in at least 21 commitments to programs through the Clinton Global Initiative. In May 2009 Sally Osberg, CEO of Skoll’s charity, messaged longtime Clinton friend Jan Piercy about “the possibility of Hillary’s speaking at next year’s Skoll Forum” — a message that was relayed to Clinton. Clinton told aides by email she wanted to attend the Skoll event in the U.K. in March 2012 but was unable to attend. Instead, in April 2012, Clinton met privately with Skoll and Osberg during a State Department-sponsored forum on government-business partnerships. The same month, USAID, the State Department’s foreign aid arm, announced a partnership with the Skoll Foundation to invest in health, energy, governance and food security innovations.

—Haim and Cheryl Saban. Haim Saban is an entertainment magnate, long-time Clinton and Democratic Party fundraiser and founder of the Saban Center for Middle East Peace, a Mideast policy think tank based in Washington. His wife, Cheryl Saban, is a psychologist and writer who has been a Clinton Foundation board member since 2013. The Sabans donated between $10 million and $25 million to the Clinton Foundation — among the largest gifts to the charity. Saban met privately with Clinton at least once in September 2009 and also hosted her twice at events put on by his think tank in June 2012 and again in November 2012. Messages from both Sabans were relayed to Clinton during her tenure. In one following Clinton’s appearance at his center luncheon in June 2012, Haim Saban told her: “Very much was looking forward to hangin’. Tx again for today.” Clinton replied: “Not to worry. Loved seeing you and Cheryl and looking forward w Bill to White House tonight. See you then.”

— John Mack, the former chairman and CEO of Morgan Stanley and a political donation bundler for Clinton’s 2008 presidential campaign. In September 2011, as Morgan Stanley chairman, Mack was among a group who met with Clinton on China trade issues. In July 2012, he and his wife were scheduled to have dinner with her. They were again to have dinner with Clinton in September 2012, but Clinton canceled at the last minute, according to her emails and calendars. The Macks’ personal charity has given between $1 million and $5 million to the Clinton Foundation. Other Morgan Stanley organizations, including the bank itself, have given between $360,000 and $775,000. Morgan Stanley has also given money to six different programs through the Clinton Global Initiative.

— Randi Weingarten, president of American Federation of Teachers, a national teachers union that has backed and funded Clinton’s presidential run and allied political action committees. Under Weingarten, the AFT donated between $1 million and $5 million to the Clinton Foundation and pledged partnership commitments with other interests in four separate Clinton Global Initiative programs. Weingarten had two private meetings with Clinton in 2009 and 2012 and also joined her at a photo shoot in 2010. Her union also lobbied federal agencies on education, work, safety and other issues. In emails, Weingarten aide Tina Flournoy — now a top deputy for Bill Clinton — told Hillary Clinton in September 2009 that she and Weingarten “would like to visit you re: child labor issues.” Less than a month later, the two women met with Clinton for a half-hour. A union spokeswoman later told AP that Weingarten spoke with Clinton about refugees, global education and child labor abuses.