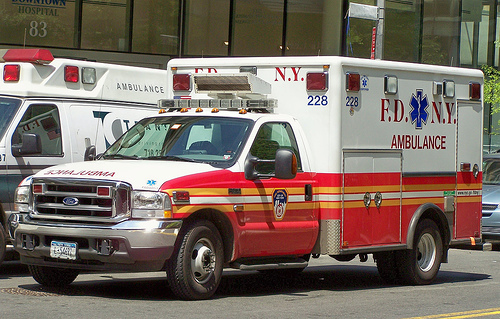 An 81-year-old man is dead after authorities say he was hit by a fire department ambulance in Manhattan.

The New York Police Department says Gen Zhan was crossing a street about 2:20 p.m. Monday when the ambulance hit him. He was found on the pavement with severe body trauma and was taken to Bellevue Hospital, where he later died.

The crash remains under investigation.