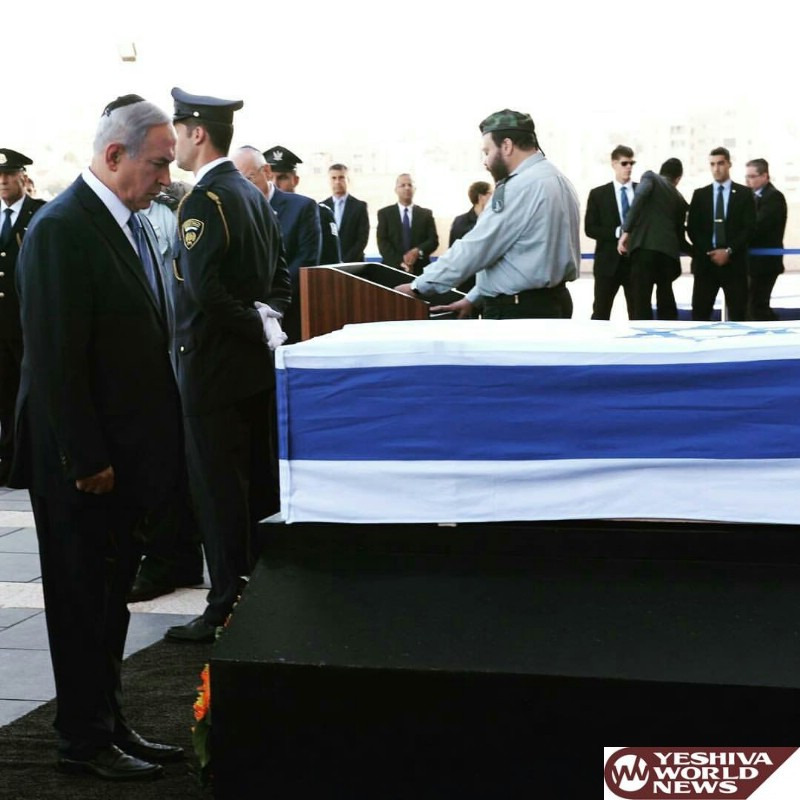 Former U.S. President Bill Clinton joined thousands of Israeli mourners Thursday who paid their respects to the late Shimon Peres outside Israel’s parliament in Jerusalem, as the country somberly remembered the Nobel-winning politician who helped lead Israel during a remarkable seven-decade career.

Clinton is among the dozens of current and former world leaders, including President Barack Obama and Palestinian President Mahmoud Abbas, expected to gather in Jerusalem on Friday for Peres’ funeral. The former Israeli president and prime minister died Wednesday, two weeks after suffering a stroke, at the age of 93.

Jordan’s King Abdullah II sent his condolences to Israel over the passing of Peres. A senior Jordanian minister, Jawad Anani, will represent Amman at the funeral.

The King wrote in a telegram to Israeli President Reuven Rivlin on Thursday that Peres’ “contributions toward achieving peace and security in the region are more relevant than ever before.”

The King said that “it is vital that the voices of reason prevail and the advocates of peace continue to lead the way.”

Israel and neighboring Jordan signed a peace deal in 1994.

A senior Palestinian official said that Abbas had decided Thursday to attend the funeral, and will come to the event with a small delegation of top aides, including his chief negotiator Saeb Erekat and his security chief Majid Faraj.

In contrast to an outpouring of grief from Western leaders, Arab leaders have remained largely silent over Peres’ death. The reaction reflected general Arab animosity toward Israel, particularly at a time when the peace process Peres helped launch two decades ago has collapsed and anger is high at the hard-line policies of Israeli Prime Minister Benjamin Netanyahu.

Abbas was the only Arab leader to express sorrow over Peres’ death on Wednesday. In attending the funeral, Abbas wanted to “send a strong message to Israeli society that the Palestinians are for peace, and appreciate the efforts of peaceful men like Shimon Peres,” the senior official said. He spoke on condition of anonymity because he was not authorized to comment to the media.

Friday’s funeral is expected to be the largest gathering of world leaders in Israel since the funeral of Prime Minister Yitzhak Rabin, who was assassinated by a Jewish nationalist in 1995.

Rabin’s killing, coming at the height of Israeli-Palestinian peace efforts, drew dozens of world leaders, including a large delegation of American officials led by then-President Clinton and his wife Hillary, then-President Hosni Mubarak of Egypt, the late King Hussein of Jordan and other dignitaries from the Arab world. 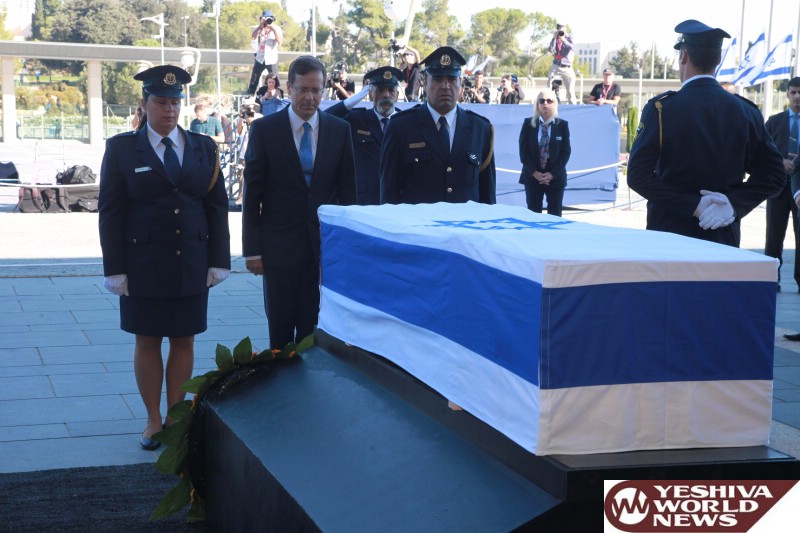 Peres’ funeral was also shaping up to be a high-profile affair. In addition to Obama and Bill Clinton, U.S. Secretary of State John Kerry, Britain’s Prince Charles, NATO Secretary-General Jens Stoltenberg and French President Francois Hollande were expected. More than 60 private planes, including the one that carried Clinton on Thursday, were expected to arrive ahead of the ceremony. There was no word on whether the two Arab countries at peace with Israel — Jordan and Egypt — were sending delegations.

Peres’ casket lay in state outside the Knesset, or parliament, on Thursday, as thousands of people lined up on a warm September day to pay their respects. The casket was covered in a blue and white Israeli flag and watched over by a small honor guard. Mourners slowly walked by, snapping pictures and reciting prayers. Among them was Lea Dekel, a Jerusalem resident. “I came in honor of prime minister, president Shimon Peres and I came to honor the hope for peace and to protest against not doing anything for peace,” she said. 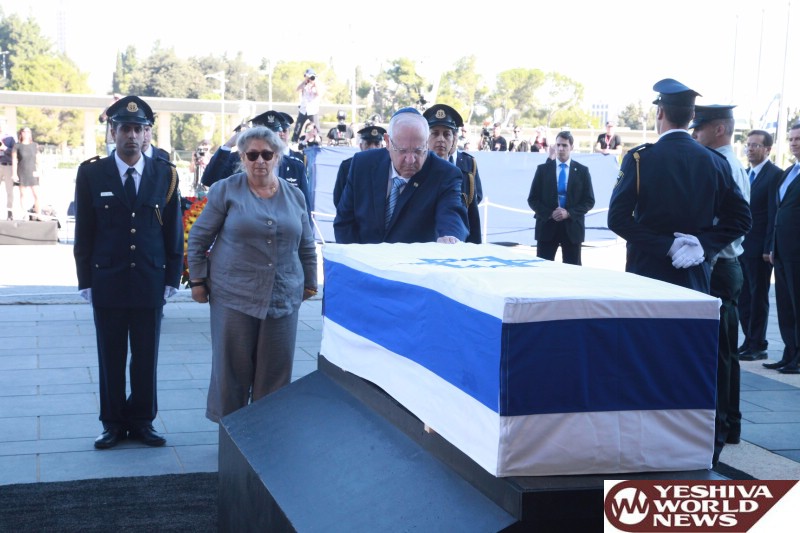 Prime Minister Benjamin Netanyahu and President Reuven Rivlin lay wreaths beside the casket in a brief ceremony early Thursday. Later in the day, Clinton, escorted by Rivlin and Knesset Speaker Yuli Edelstein, stopped by, staring solemnly at the casket without commenting.

Clinton landed in Israel Thursday morning on the private jet of Israeli-American billionaire Haim Saban, according to a spokesman for the Israel Airports Authority. Saban is a major donor to the Democratic party and to Hillary Clinton’s presidential campaign.

Bill and Hillary Clinton have said they lost “a true and treasured friend” in Peres.

Dr. Rafi Walden, the son-in-law and personal physician of Shimon Peres, said the ex-president left behind detailed plans for Friday’s funeral, including requests that his three children speak, along with Netanyahu, Rivlin, a foreign dignitary and an Israeli cultural figure.

Walden said Peres also requested Israeli singer David D’or sing at his funeral. Walden predicted the song would be the prayer “Avinu Malkeinu,” or “Our Father Our King.” Jews sing the prayer on the Day of Atonement, which falls this year in mid-October. 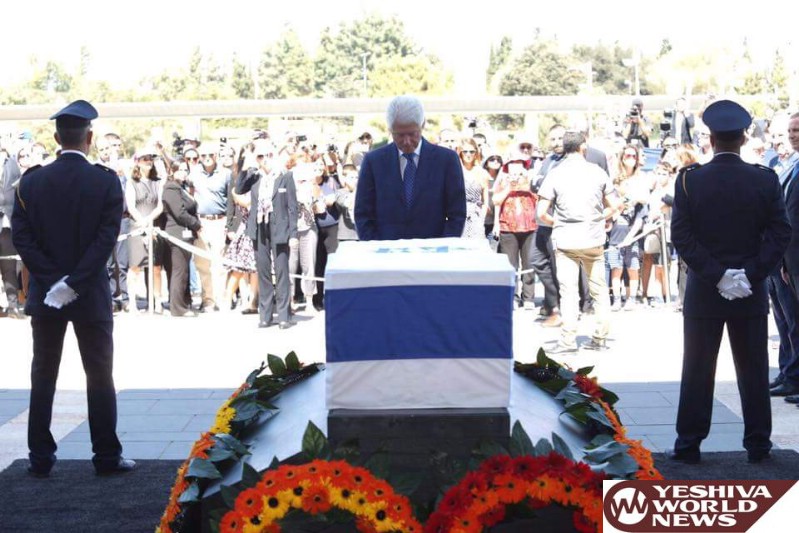 Peres gained international recognition for his Nobel prize, and late in life, became a virtual celebrity as he traveled around the globe preaching a message of peace and coexistence.

While eulogies poured in from the West, reactions in the Arab world, where Peres had a much more checkered legacy, have been largely absent. Many in the Arab world are deeply critical of Peres because of his role in building his country’s defense arsenal, supporting Israeli settlements in the West Bank and waging war in Lebanon.

The foreign minister of Bahrain issued a tribute to Peres early Thursday, a rarity for an Arab leader.

Khalid al-Khalifa tweeted, “Rest in peace President Shimon Peres, a man of war and a man of the still elusive peace in the Middle East.” 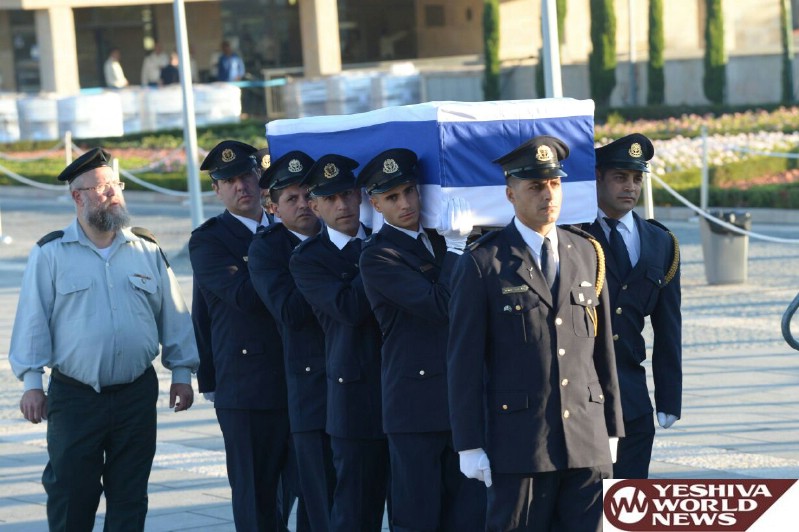 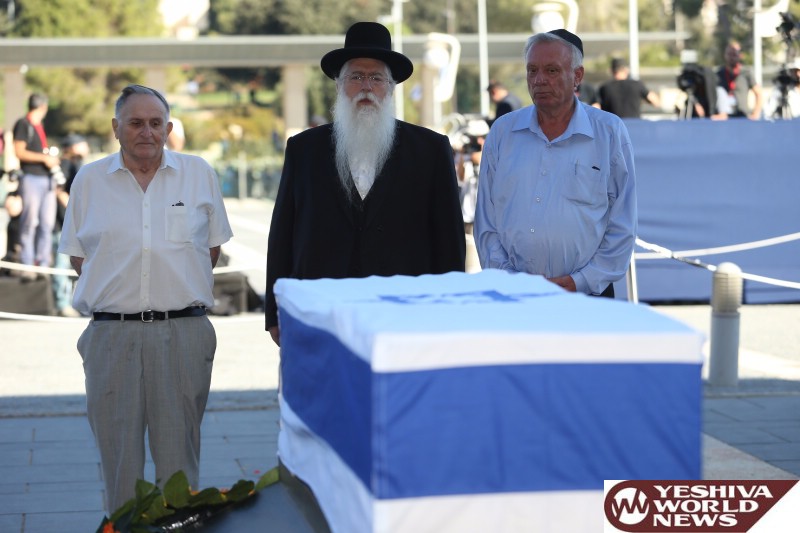 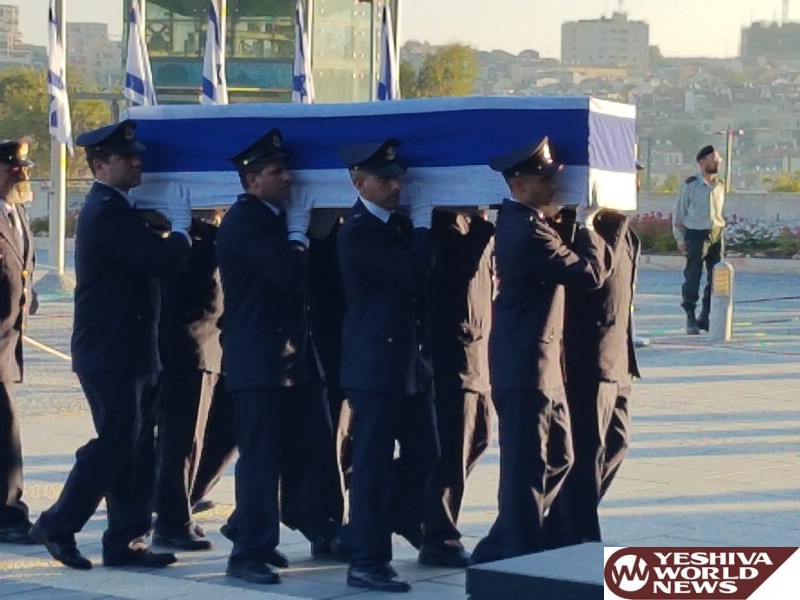 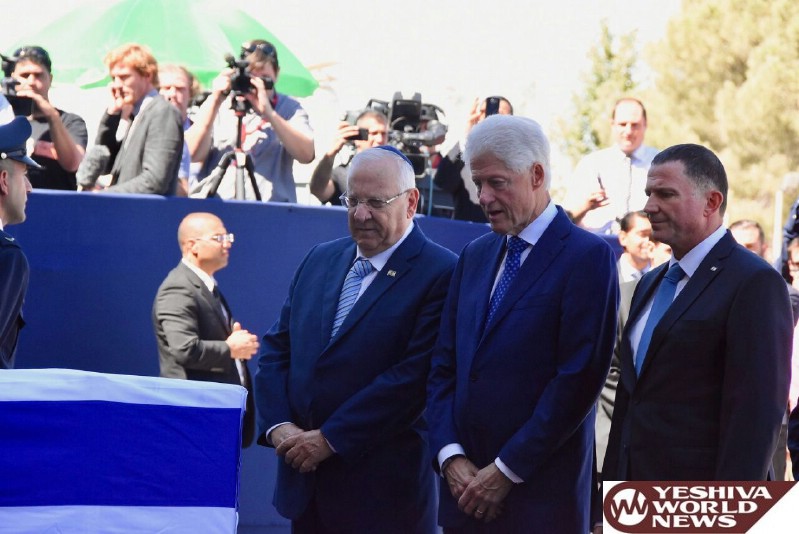 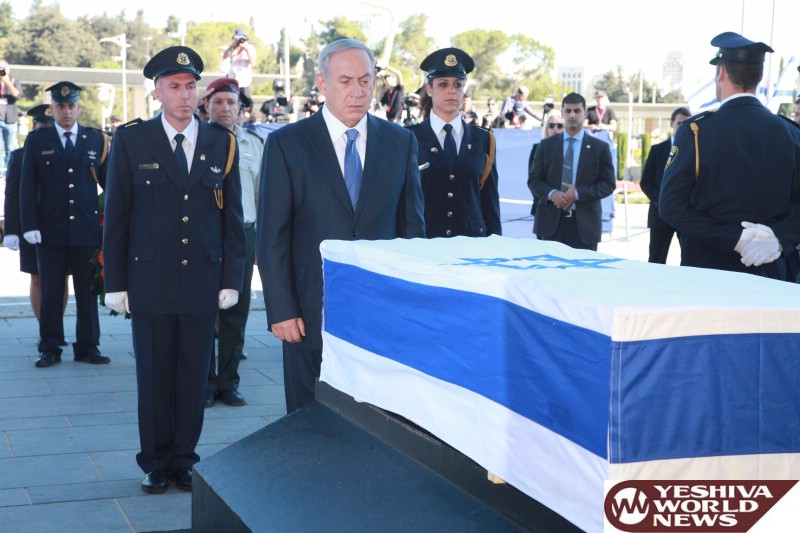