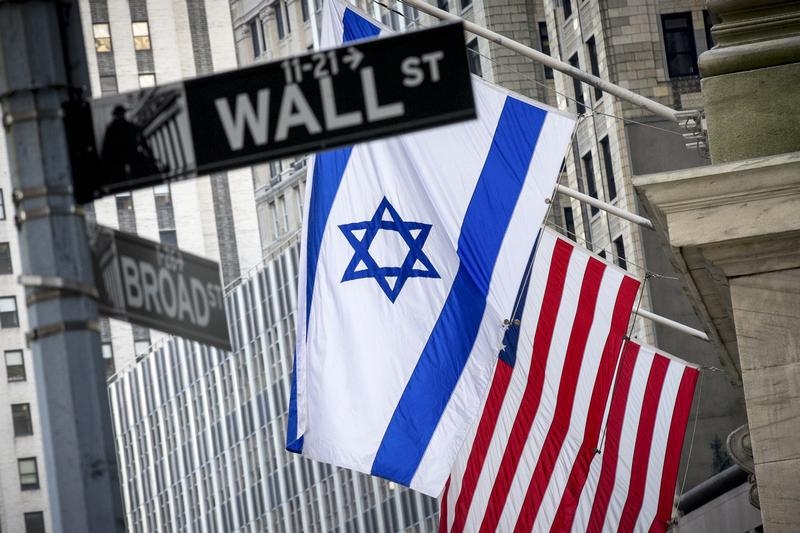 The 10th annual AIFL Israel Day at the New York Stock Exchange, which takes place on Thursday, 9 Cheshvan, organized by the America-Israel Friendship League (AIFL), will mark the country’s unparalleled advancements and expose Israel’s disproportionate prominence on Wall Street, now ranking as the largest foreign presence outside of just China and Canada.

Well-known Israeli companies like Mobileye, Teva, CaesarStone and Check Point Software over the years have headlined a list of cutting-edge IPOs. Today, there are over 80 Israeli equities currently listed on exchanges around the world in a vast array of industries, with more than 70 on Wall Street alone.

The day, in partnership with SOSA and Israeli Mapped in NY, will consist of a celebratory NYSE Bell Ringing, and two sessions, the first of which will salute leading Israeli women who boast a substantial track record of success and achievements in their field of expertise, and that have significantly contributed to the US – Israel relationship in field of business, economy, science, high-tech and fashion.

The second session, organized by BlueStar Indexes, a financial firm specializing in Israeli capital markets and a partner in the event, will include a prestigious panel active in Israeli investing.

“The level of Israeli equities listed on Wall Street is yet another example of Israeli innovation and the strong US – Israel relationship,” said Daniella Rilov, Executive Director of the America-Israel Friendship League. “Not only are we recognizing these outstanding companies at Israel Day, but the event is also honoring four Israeli women leaders, because Israel, like the United States, celebrates its gender diversity. The day is an example of just a few of the common traits both countries have.”

In the heat of a Presidential election season that has shown much focus on the empowerment of women, the first session on November 10 will salute four pioneering Israeli women who have flourished in their respective field. Inbal Orpaz of top Israeli business publication, The Marker, will moderate and speak to the women (listed below) on a plethora of their experiences in the professional world and how they have contributed to the US — Israel relationship in doing so.

CNBC producer Jason Gewirtz will take the esteemed panel through a discussion that will highlight the hot market trends coming out of Israel and how interested parties can support Israel through an investment avenue in Israeli companies, ETFs and funds.

“There is a great opportunity now for those who care about and support Israel with their charitable donations and community involvement to add another, equally-powerful track to their pro-Israel activity via their investment portfolio. Investment in Israel is the antidote to BDS (Boycott, Divestment and Sanctions),” said Steven Schoenfeld, CEO of Bluestar Indexes. “Investing in Israel is good for your portfolio in terms of returns and diversification; it is good for Israel’s capital market development and economic growth; and it is good for realigning the relationship between the Diaspora and Israel to a framework which is more appropriate for the second decade of the 21st Century. One should invest in Israel not just to support the Jewish State, but because it is a solid investment that historically has outperformed most other international equity investments over the past three, five, and ten years.”

About the America-Israel Friendship League

Founded in 1971, the America-Israel Friendship League (AIFL) is dedicated to strengthening ties between the United States and Israel. Through people-to-people programs, policy statements, advocacy and collaboration with other like-minded organizations, the AIFL is actively engaged in improving perceptions about Israel and developing American support among people of all ages, faiths, ethnic backgrounds and political orientations.