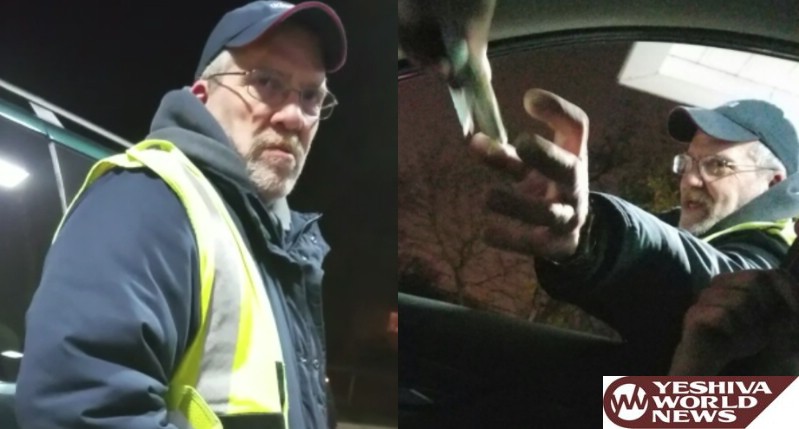 An individual who conned many innocent Orthodox Jews was busted by one gutsy Orthodox Jewish victim of his.

The man was working at the gas station on the Palisades Parkway (heading from Monsey towards NYC), and targeted members of the Orthodox Jewish community – specifically because of their honesty.

When the con-man would pump gas for Orthodox Jews, he would tell them that “on Passover one of your guys filled up on gas at this station and told me he forgot his wallet at home so I had to pay for his gas”. The con-man knew very well, that despite that the customer he was filling up did not know the man in his story, Jews are known for their kindness and generosity in charity. His victims simply wanted to make a Kiddush Hashem and to prevent any Chillul Hashem – but instead MANY people gave this individual money and were scammed.

This story spread on social media, and eventually people began realizing that they were not the only victim of this con-man.

A message went viral on social media warning people not to become the next victim.

On Thursday, one brave man holding his cell phone confronted the con-man on video – which can be seen below.

The man at first denied that he was targeting people, and said he only did it to one person. After being pressed by the driver questioning the con-man, he eventually said he was sorry.

It is unknown if the man was fired from his job, but please be aware of this incident if you are travelling on the Palisades Parkway.