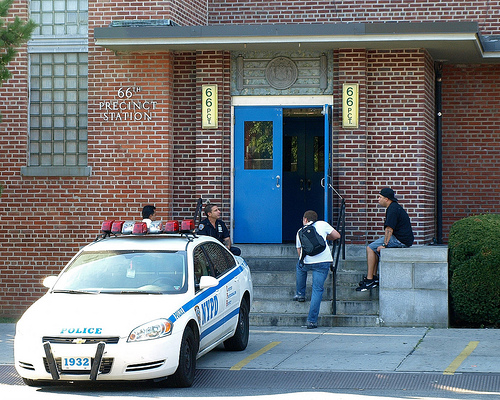 An elderly woman could have died on Monday, after Police in Brooklyn failed to respond to repeated calls to check on her for SEVEN HOURS on Monday.

Sources tell YWN that a woman in Westchester County hadn’t heard from her elderly relative, promoting her to call the desk at the 66 Precinct in the Boro Park section of Brooklyn . The woman called the Precinct at around 11:00AM and told the officer who answered that she is worried about her elderly relative, and they should have someone check on her. She was told that Police would be dispatched.

When she didn’t hear back from them, and was still unable to reach the elderly woman, she called the Precinct back at around 5:00PM. Police told the caller they would be checking on her right away.

Feeling very uneasy, the woman then called the Misaskim hotline and informed them of the story. A volunteer was immediately dispatched to the woman’s home. Finding the door locked and not being able to enter the apartment, Misaskim called 911.

The FDNY arrived along with the NYPD and broke the door down. They found the elderly woman lying on the floor. At first an FDNY EMT wanted to pronounce the woman dead, but she was seen moving her arm.

She was transported to Maimonides Hospital, where she is currently being treated for severe dehydration and is breathing on her own. She had been lying on the floor for a few days and miraculously survived.

Community leaders are outraged at the way Police responded, and are demanding that action be taken and an investigation be launched.

Unfortunately, earlier this month (on December 1st), YWN reported that a husband wasn’t notified that his wife was seriously injured in a serious accident in New Jersey. At the time, YWN didn’t mention the police department which failed to make the timely and urgent notification – but we can now inform you that it was the same precinct. The 66 Precinct which covers Boro Park, Kensington and parts of Midwood / Flatbush. That incident took TEN HOURS to notify the husband, despite being contacted by the NJ State Police.

Police refused to give a statement regarding the latest incident, but said it’s being looked into.