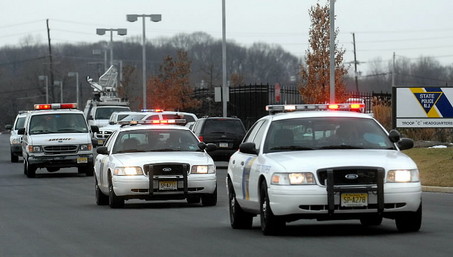 Askonim in Lakewood and Brooklyn this morning are seeking answers after a woman was involved in a serious accident, but the husband was not notified until about 10 hours later, TLS has learned.

The Frum woman, approximately 62 years old, was traveling from Brooklyn to New Jersey at about 10 AM for a meeting, but was involved in a serious accident on the New Jersey Turnpike.

It reportedly took about 25 minutes for emergency crews to cut the woman out of her vehicle, and she was transported unconscious and in serious condition to the hospital. Nobody in her family had any idea of what had transpired.

By late afternoon, when the husband returned from work and failed to hear from his wife after her meeting, he called her cell phone but it went unanswered. He made more phone calls and found out she never showed up to the meeting.

A call was put into State Police inquiring about any accidents along the Garden State Parkway – assuming that was the route she would be taking – but they had no reports. A call was also made to Jersey Shore University Medical Center, but she wasn’t there.

Lakewood Askonim, and children of the accident victim, immediately went down to police headquarters in Lakewood, and with Lieutenant Finnigan began the process of pinging the phone.

While on the phone with police, at approximately 9:00 PM, the husband received a knock at the door of their Boro Park home. It was an officer from the NYPD notifying him his wife was involved in a car accident, and she was in serous condition at Robert Wood Johnson Hospital, New Jersey.

Lakewood and Brooklyn Askonim this morning told TLS they are shocked and looking for answers.

The woman remains in critical but stable condition, a family member told TLS.