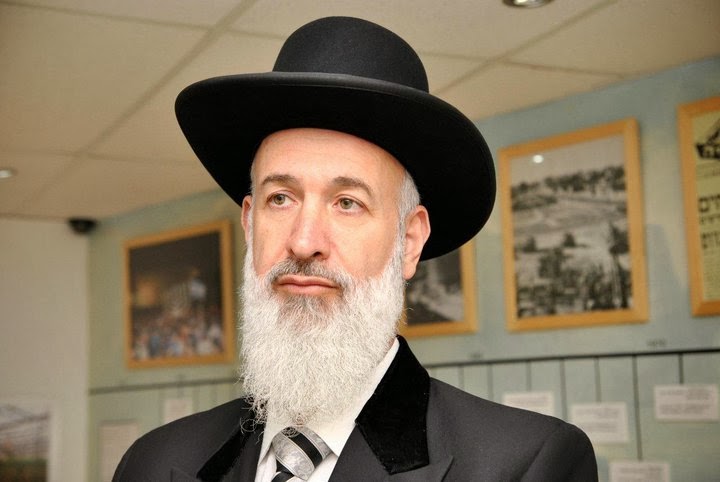 According to latest reports, a plea bargain agreement is being worked out by which former Chief Rabbi of Israel Rabbi Yona Metzger will accept a prison term rather than take his chances in a trial. While there have been cabinet ministers, a former Prime Minister and even a former President, he will be the first former Chief Rabbi to be imprisoned R”L.

Channel 2 News correspondent Yoav Even reported on Wednesday, 28 Kislev that the defense is ready to discuss plea bargain which includes Rabbi Metzger admitting to accepting NIS 10 million in bribes and he will take a jail term as well.

Rabbi Metzger abused his position, accepted bribes and took handsome commissions from tzedaka monies he raised in his capacity as Chief Rabbi. Charges against him include breach of trust, money laundering and tax evasion.

He is estimated to have received about NIS 8 million, which is the equivalent of about NIS 10 million today, hence the inflated sum. The report states he pocketed NIS 5 million (NIS 7 million in today’s terms). In most cases, his driver and close confidant Chaim Eisenstatt was used to collect the money.

It does not stop there however. He maintained a connection with Los Angeles Dayan, and they had an arrangement by which the Dayam would probe the Jewishness of persons when required as well as working together with candidates for conversion, all for profit. Half of the sum received by the Dayan for a conversion was passed to Rabbi Metzger and received via a “Change” store in Bnei Brak. One case that has been documented by the prosecution dating back to 2011 deals with a Russian businessman who approached the Chief Rabbi, an immigrant from the former Soviet Union. He was seeking assistance in converting.

The second portion of the accusations against them according to the prosecution is that Metzger and Eisenstatt pocketed 30-40% of tzedaka funds they collected as their commission. In one case, a NIS 105,000 donation was made to the Beis HaTavshil soup kitchen NGO, an organization working to feed the hungry. The kickback that had to be given to Metzger by the NGO was 30%, without the knowledge of the donor.

The third component of the case has to do with receiving favors during his tenure from 2003-2013. Metzger reportedly pocketed handsome sums of money which he received in return for doing favors for others.

In one case, in July of 2010, Rabbi Metzger’s son was married. In a conversation prior to the wedding between Eisenstatt and two invited guests, it was agreed they would give the rabbi a gift for the honor of participating in the event to the tune of $500,000. This was given directly to Rabbi Metzger, in ten payments. The chilul Hashem continues in dealings with Yeshiva Aish Hatorah. The two allegedly raised money for the yeshiva, money which later when to the Beit Tzvi Shul in Tel Aviv where Metzger served as rav. One of the donations, NIS 28,000, was divided between Eisenstatt and Metzger without the yeshiva receiving anything.

Another component of the allegations against Metzger dates back to 2009. A person close to a wealthy Moscow resident was appointed the head of the Caucasian Jewish community in Israel. The rav allegedly received $70,000 for the ceremony that took place.

Tax Authorities calculates he failed to report about NIS 1 million in earnings. There are other charges as well and despite the severity of the cases, the evidence against the defendants, the state is still willing to cut a deal. There will be a fine and a minimal jail term which is not being specified at this time.