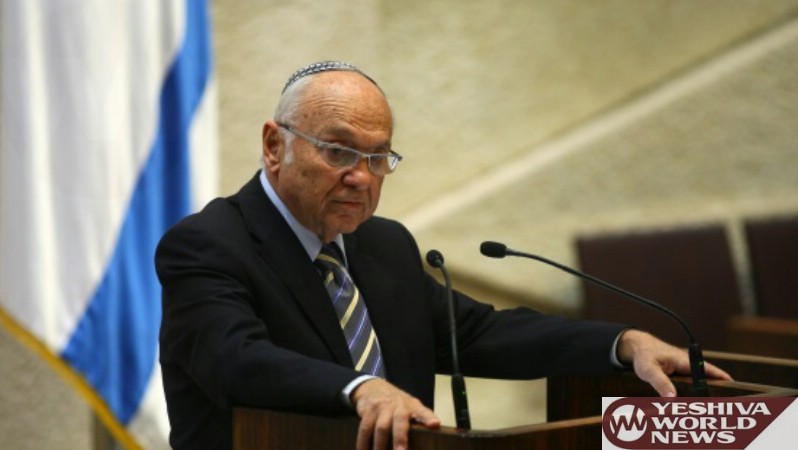 Former Justice Minister and Finance Minister Professor Yaakov Neeman was niftar on Sunday 3 Teves at the age of 77. Neeman was battling a difficult illness R”L.

Neeman served as Justice Minister twice in Netanyahu-led governments, once as Director-General of the Finance Ministry and once as Finance Minister. He was a founding partner of the law offices of Herzog, Fuchs, & Neeman. He opened the law firm with former President Chaim Herzog in 1972.

The late minister was born in Tel Aviv 1939 and studied in Yeshiva University High Court. He served in the Golani Brigade in the IDF and became an officer. He attended Hebrew University Law School and a master’s degree in law from NYU.

From 1979 to 1981 he served as Director-General of the Finance Ministry. This was during PM Netanyahu’s first tenure, and Neeman became a close confidant of the Prime Minister. He served again in the 32nd Government as Justice Minister.

Those close to him explain he was a gentle person with exemplary midos, adding that even during his busiest days in government, he never pushed aside his daf yomi and limud Torah.