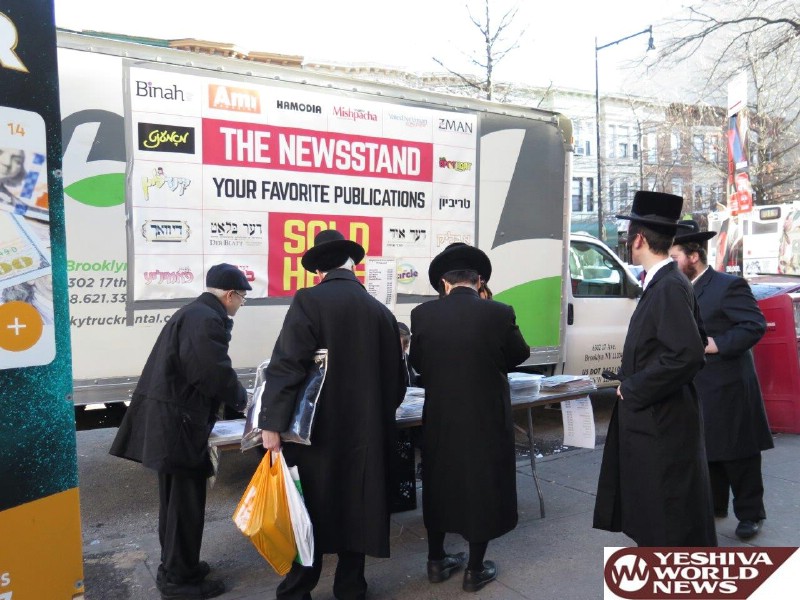 Residents of Boro Park were thrilled on Thursday morning to learn that the war between the Jewish newspapers and more than 40 grocery stores has ended.

The publications responded by strategically placing trucks throughout Boro Park with all the newspapers for sale.

Meanwhile, the stores came under enormous pressure from their thousands of customers why their favorite publications were unavailable. Adding to their headaches was the fact that the story ended up on the news – most notably YWN.

Sure enough, the stores caved into the pressie, and the war in Boro Park has ended.

In fact, one store decided to place a sign in his store that all the newspapers had decided to charge more for their papers, and he ws charging 50 cents more per paper. The newspapers were furious with this one store, and did not allow their papers back into the establishment until he returned the pricing to the original cost.

One publisher who had been affected told YWN that he was happy that he and his competitors had worked together on this issue to fight for the benefit of the consumer. “We felt that there was nothing more important to us than ensuring that all our readers would not be bullied into paying higher prices”.