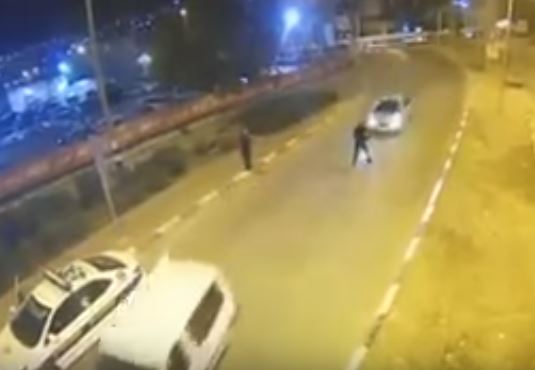 In the following video, we see a policeman run over while manning an Upper Nazareth area checkpoint.

The event occurred on Shabbos at the entrance to the Dodge Center in the city close to 2:00AM.

The vehicle that struck the policeman tried to flee the scene but fellow officers soon thereafter placed the suspect in custody.

The stuck officer got up and stood after being struck. He was transported to HaEmek Hospital in Afula, B’chasdei Hashem listed in light condition, not more serious.

Four persons ages 18-to-20 occupied the vehicle that struck the policeman.

All were taken into custody.

Two of the suspects have a criminal record including assault against police.