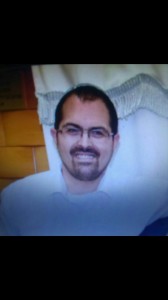 One of the two people who were killed in the bus accident near Maale Levona during the predawn hours of Friday, 29 Teves was the driver, 37-year-old Avishai Kroani Z”L, a resident of Ariel. Avishai is survived by his wife and their five children. The levaya is set for 1:00PM erev Shabbos.

The identity of the second fatality is not cleared for released.

Beilinson Hospital in Petach Tikvah reports a 14-year-old girl from the accident arrived in light-to-moderate condition. She was stabilized and transferred to Schneider Children’s Hospital. A 23-year-old woman in moderate condition was also taken to Beilinson. Sheba Medical Center reports receiving two victims, one listed in serious condition, intubated and sedated and the second as moderate.