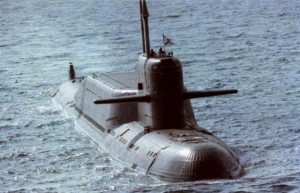 While the international media is focused on the Israel Navy and plans to intercept the Gaza humanitarian flotilla, according to the Sunday Times, the navy is involved in far more serious activities, the deployment of three German-built submarines in the Persian Gulf, vessels capable of firing missiles with nuclear warheads.

The submarines include the Dolphin, Tekuma and Leviathan, with the report stating one is stationed to address fears of ballistic missiles being launched against Israel by Iran, Syria and/or Hizbullah. Quoting naval commander Colonel “O”, stating “We are an underwater assault force. We’re operating deep and far, very far, from our borders.”

The subs are manned by crews of 35 to 50 which the capability of launching a nuclear cruise missile. The vessels can remain at sea for about 50 days and stay submerged up to 1,150ft below the surface for at least a week. Some of the cruise missiles are equipped with the most advanced nuclear warheads in the Israeli arsenal. The missiles have a 1,500km range, placing various objectives in Iran in range.

The report states the mission is multi-fold, acting as a deterrent to a missile attack as well as permitting intelligence gathering.

It appears that this and other related issues will be on the agenda during Prime Minister Binyamin Netanyahu’s White House meeting with President Barak Obama this week.