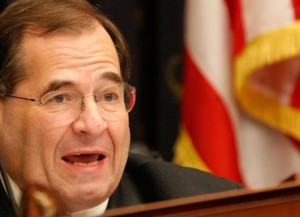 Brooklyn – In a wide-ranging interview with Hamodia, Congressman Jerrold Nadler (D-NY) gave a stark assessment of the deterioration of relations between the U.S. and Turkey, its long-time NATO ally.

Commenting on Turkey’s relations with Israel and the U.S., Mr. Nadler said, “Turkey has not been an ally [of Israel] for some time; Turkey has been an enemy [of Israel] as far as I am concerned, not necessarily of the United States, but they are getting there.”

He accused the government of Turkey of systematically reorienting the country towards Hamas and the Muslim Brotherhood, and to be more pro-Iran in its ideology since the election of 2007.

Mr. Nadler also criticized the Obama administration for not stating clearly its support of the Israeli blockade of Gaza.

“I am disturbed that the United States and the administration has not come out and said, ‘this was legal on the part of the Israelis; they are entitled to maintain this blockade.’”

“What they should have done is another question, and you can argue that, but [what they did was] absolutely legal,” the Congressman insisted.

Acknowledging the importance of the historic relationship of the U.S. with the Republic of Turkey, Mr. Nadler added, “If the U.S is going to have any [good] relations with the Muslim world, Turkey would certainly be a major aid in that; the U.S. will try to see if we can salvage some relationship and friendship with Turkey.

The full text of the interview with Mr. Nadler will appear in a future edition of Hamodia.