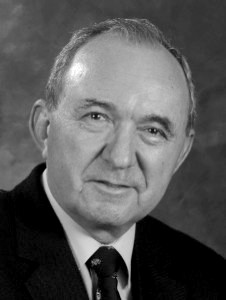 In a recent Washington Post op-ed retracting his premise that Israel committed war crimes during 2008 war in Gaza and intentionally killed Palestinians, Judge Richard Goldstone wrote, “If I had known then what I know now, the Goldstone Report would have been a different document.”

Senator Gillibrand said, “Goldstone’s admission of error is not enough to undo the damage and libel made against Israel.  Legitimizing this erroneous report sends a dangerous message to countries defending themselves against terrorism. The UN Human Rights Council members must put Judge Goldstone’s words into action and immediately revoke this inflammatory, anti-Israel document.”

In September 2009, Senator Gillibrand urged the United States to take action to block the erroneous report from reaching the UN Security Council.

The full text of Senators Gillibrand and Risch’s Senate Resolution is below:

Whereas, on January 12, 2009, the United Nations Human Rights Council passed Resolution S-9/1, authorizing a “fact-finding mission” regarding the conduct of the Government of Israel during Operation Cast Lead between December 27, 2008, and January 18, 2009;
Whereas that resolution prejudged the outcome of the fact finding mission by mandating that it investigate “violations of international human rights law and international humanitarian law by the occupying power, Israel, against the Palestinian people”;
Whereas, on September 15, 2009, the “United Nations Fact Finding Mission on the Gaza Conflict” released its report, now known as the “Goldstone report”, named for its chair, South African Jurist Richard Goldstone;
Whereas the report made numerous unsubstantiated assertions against Israel, in particular accusing the Government of Israel of committing war crimes by deliberately targeting civilians during its operations in Gaza;
Whereas the report downplayed the overwhelming evidence that Hamas deliberately used Palestinian civilians and civilian institutions as human shields against Israel and deliberately targeted Israeli civilians with rocket fire for over eight years prior to the operation;
Whereas the United Nations Human Rights Council voted to welcome the report, to endorse its recommendations, and to condemn Israel without mentioning Hamas;
Whereas, as a result of the report, the United Nations General Assembly has passed two resolutions endorsing the report’s findings, the United Nations Secretary-General has been requested to submit several reports on implementation of its recommendations, and the Human Rights Council is scheduled to follow up on implementation of the report during future sessions;
Whereas the findings of the Goldstone report and the subsequent and continued United Nations member state actions following up on those findings have caused and continue to cause extensive harm to Israel’s standing in the world and could potentially create legal problems for Israel and its leaders;
Whereas Justice Richard Goldstone publicly retracted the central claims of the report he authored in an op-ed in The Washington Post on April 2, 2011;
Whereas Justice Goldstone wrote in that article that if he “had known then what I know now, the Goldstone Report would have been a different document”;
Whereas Justice Goldstone concluded that, contrary to his report’s findings, the Government of Israel did not intentionally target civilians in the Gaza Strip as a matter of policy;
Whereas, in contrast, Justice Goldstone states that the crimes committed by Hamas were clearly intentional, were targeted at civilians, and constitute a violation of international law;
Whereas Justice Goldstone also conceded that the number of civilian casualties in Gaza was far smaller than the report alleged;
Whereas Justice Goldstone admitted that Israel investigated the findings in the report, while expressing disappointment that Hamas has not taken any steps to look into the report’s findings; and
Whereas Justice Goldstone concluded that “Israel, like any other sovereign nation, has the right and obligation to defend itself and its citizens”: Now, therefore, be it
Resolved, That the Senate—
(1) calls on the United Nations Human Rights Council members to reflect the author’s repudiation of the Goldstone report’s central findings, rescind the report, and reconsider further Council actions with respect to the report’s findings;
(2) urges United Nations Secretary-General Ban Ki Moon to work with United Nations member states to reform the United Nations Human Rights Council so that it no longer unfairly, disproportionately, and falsely criticizes Israel on a regular basis;
(3) requests Secretary-General Ban Ki Moon to do all in his power to redress the damage to Israel’s reputation caused by the Goldstone report;
(4) asks the Secretary-General to do all he can to urge member states to prevent any further United Nations action on the report’s findings; and
(5) urges the United States to take a leadership role in getting the United Nations and its bodies to prevent any further action on the report’s findings and limit the damage that this libelous report has caused to our close ally Israel and to the reputation of the United Nations
.